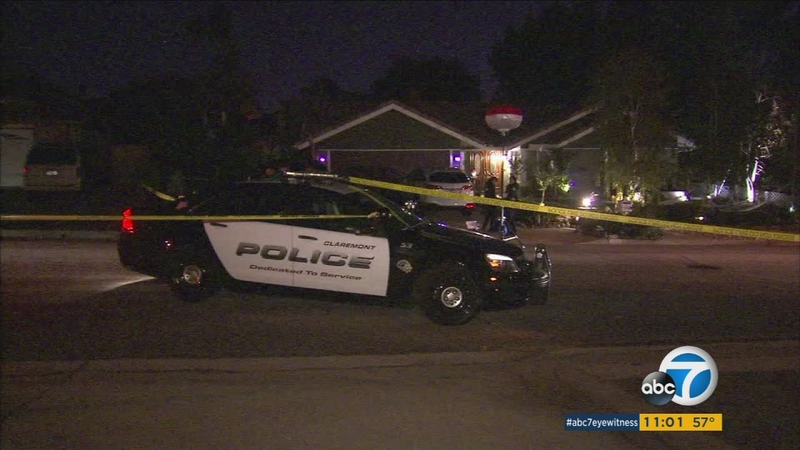 CLAREMONT, Calif. (KABC) -- A teenage boy was arrested for the murder of his sister in Claremont Wednesday night, according to police.

Claremont police said they responded to the 300 block of Andover Drive at about 5:05 p.m. for a reported stabbing. When police and fire crews responded, they said the girl was pronounced dead at the scene.

Officers said they found a 14-year-old boy walking away from the home and determined he was the brother of the victim. He was arrested for murder.

Police said the girl was under the age of 18, but older than her brother.

Video from AIR7 HD showed what appeared to be a white sheet draped over a body in the backyard. Investigators confirmed that was the body of the victim.

Neither parent was home at the time. They returned to their residence after police had showed up.

A neighbor said the family has lived there for six or seven years.

"They're very nice people, and they're very good parents," Martina Ebert said. "It's just a tragedy. They're really wonderful parents. It could happen to anybody."

The city of Claremont has not had a homicide since 2009, according to police.