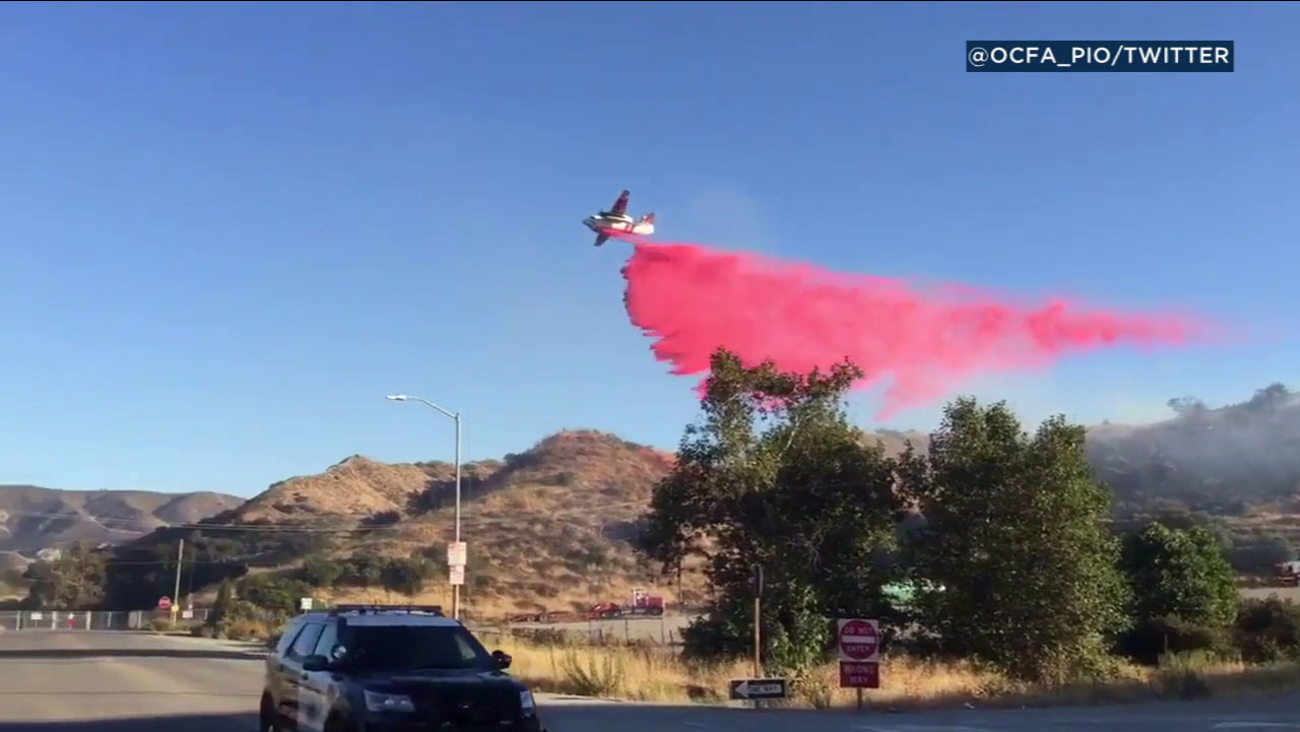 An air tanker drops retardant on a brush fire along the 91 Freeway in Orange County on Monday, July 3, 2017. (OCFA)

The suspect, Victor Luis Flores, 22, was spotted setting brush fires along the south side of the 91 Freeway, west of a blaze that burned through four acres of brush, officials said.

The Gypsum Fire burned south of the 91 and west of Gypsum Canyon Road, requiring more than 70 firefighters, a helicopter and two air tankers to stop its forward progress.

While crews were fighting the Gypsum Fire, authorities received calls about a man seen lighting brush fires west of the blaze. CHP officers came across Flores, questioned him and ultimately placed him under arrest.

While Flores was seen lighting fires in the area, officials say the cause of the Gypsum Fire itself has not yet been determined, but it is believed to have been intentionally set.