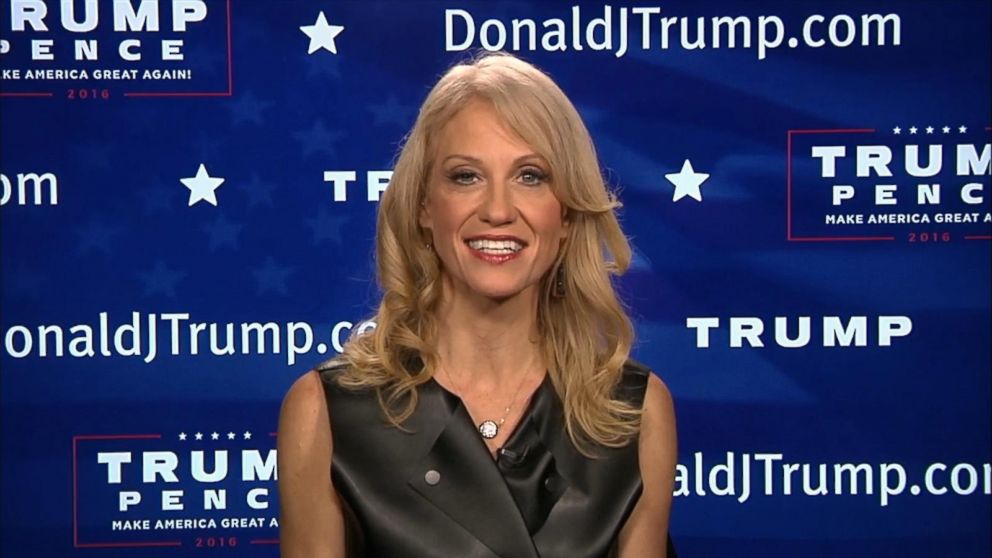 Conway said she received a call from Clinton aide Huma Abedin around the time Trump and his entourage arrived at their election night party at a New York City Hilton. Conway then handed the phone to Trump.

"They had a very gracious exchange," Conway said today on "Good Morning America." "As I understand it, Secretary Clinton commended Donald Trump on a hard-fought race and congratulated him for his victory and he told Secretary Clinton she's very smart, very tough, had waged a tremendous campaign.

"He respects her and her family," Conway said Trump told Clinton. "It was a very pleasant exchange."

Trump had pledged during the campaign to launch a special prosecutor on Clinton if he was elected, but Conway said that has not been discussed.

"We have not discussed that at all and he certainly did not discuss that on his brief phone call with Mrs. Clinton," she said.

"We look very much forward to Mr. Trump and President Obama, Secretary Clinton, and many, many other leaders in this country to coming together to help unify and heal the country," Conway said.

Conway described the feeling of winning an upset victory over Clinton as "absolutely euphoric."

"This really was a campaign for the people and they have spoken. They want to go in a new and different direction," Conway said. "They want different leadership.

"Mr. Trump and Governor Pence did a fabulous job taking their case directly to the people," she added. "We faced an avalanche of criticism, naysayers every single day and I'm just so proud that the people overcame that. This is really a victory for them."

Trump was one of the last among his senior campaign staff to acknowledge that he had won the presidency, according to Conway.

"I think it was when it was clear that we were able to protect our core four -- Ohio, Iowa, Florida and North Carolina -- those four states," Conway said. "We always intended to add to those, maybe with a Michigan or a Pennsylvania, Nevada plus New Hampshire."

That Pennsylvania "went Republican at the presidential level" for the first time in nearly 30 years helped put Trump's campaign "over the top," Conway said.

"We saw it coming for a few weeks," Conway said of a victory. "We just modeled the electorate differently and saw some things a little bit differently."

Conway said a Republican-controlled U.S. Senate and U.S. House will help Trump make good of the plans he put forward for his first 100 days in office. She described Trump's victory speech, where he spoke of healing and uniting the country, as "a really great way to start one's presidency."

"He's been very specific about some of the things he would do," she said. "Last night, he said, 'I would like to tell the world community I will always put America first, but I also will treat everyone fairly around the globe.'"

Conway added, "He looks forward to making good on some of his promises in short order."

A swath of Trump's support came from voters concerned about the Supreme Court vacancy left by the death of Antonin Scalia. Conway said Trump is committed to nominating someone from the short list of nominees he made public during the campaign.

"I think what's really important is that he's given a job description as to what he feels a Supreme Court justice should be and should do. It should be somebody who adheres very closely to the Constitution, doesn't make up the laws as they go along, doesn't have a political agenda," Conway said.

"The 19 or so men and women that he's put forth certainly fit that description and we look forward to filling that Supreme Court vacancy and probably, some experts expect, maybe one or two others during his first term."
Related topics:
abc newsnational
Copyright © 2020 ABC News Internet Ventures.
More Videos
From CNN Newsource affiliates
TOP STORIES