Universal Studios executives apologize to teens who were called 'whores' 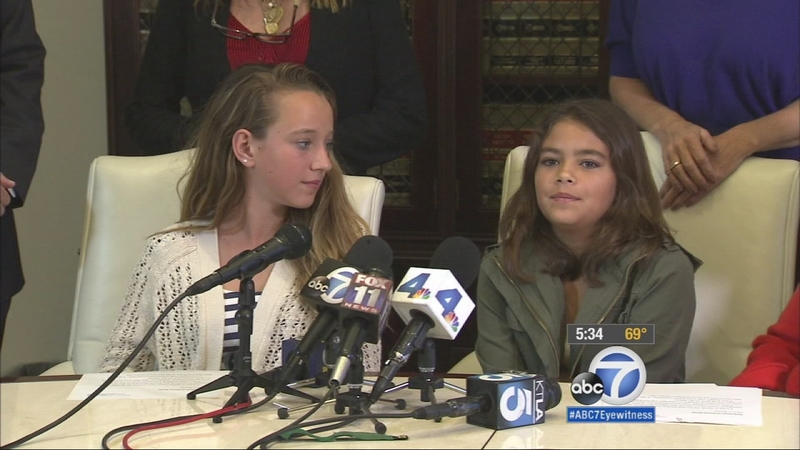 The 13-year-old girls, Roxy Fisher and Kayla Beals, took on the entertainment giant after the Sept. 26 incident that was caught on camera.

"Not only did they apologize to Kayla and me, they took accountability," Fisher said during a press conference on Friday.

Fisher was shooting cellphone video when the remarks were made. The performer says to the girls, "I don't know what you are, but you're a bunch of whores, that's for sure."

Attorney Gloria Allred speculated about putting a warning on a park ticket.

"Beware, your 13-year-old could be called sluts, hookers, whores and other sexist slurs," Allred said.

Allred says the recording helped bolster credibility. But she says Universal officials reported that their own staff confirmed what the performer said and were just as concerned.

A spokesman for the studio said, "We greatly value every guest experience and are glad to have resolved the matter, and have no further comment."