Hall is facing criminal charges alleging that he injured neighbor Richard Samson when he shoved him to the ground on Sept. 13, breaking his wrist.

Surveillance video appears to show Hall in the confrontation with his neighbor, pushing him down and later kicking at a window and a planter.

The attorney for Samson said his client had not been involved in any argument with Hall prior to the incident, but had just been trying to calm him down.

"He was not involved in anything other than hearing an altercation outside his door and trying to calm Mr. Hall down," said attorney Donald Karpel. "The response was to push him down and unfortunately cause this injury."

Karpel noted that Hall has a prior history of problems at the condo complex, with an arrest in 2011 for allegedly threatening a neighbor.

If convicted on the current felony charge, Hall could face up to 7 years in prison.

The actor is best known for 1980s teen films like "The Breakfast Club" and "Weird Science" and in recent years has appeared in numerous television roles. 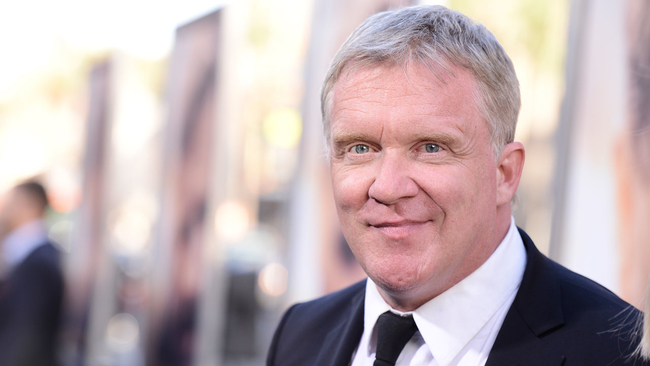