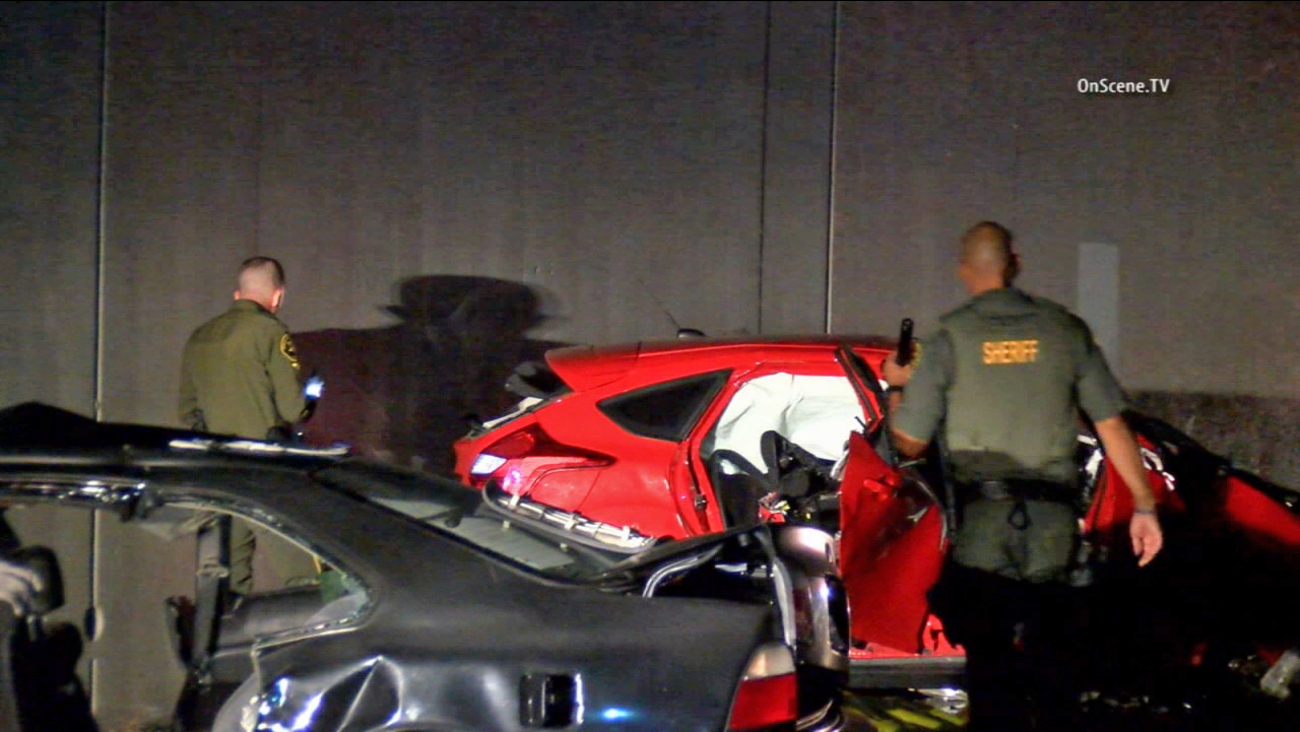 Two man and woman, both in their 20s, were extricated from the Honda Accord and rushed to a trauma center at Mission Hospital in serious condition.

A family dog was also killed in the crash.

After a preliminary investigation, the Orange County Sheriff's Department determined that the Ford Focus was traveling northbound on Camino Capistrano when it crossed the double yellow line at a high rate of speed, slamming head-on into the Honda Accord.

The cause of the accident is under investigation. An autopsy and toxicology tests will determine whether drugs or alcohol were a factor.