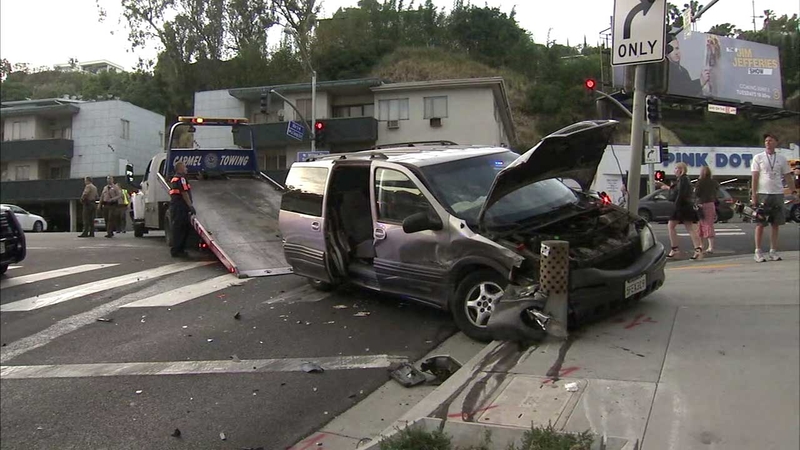 WEST HOLLYWOOD, Calif. (KABC) -- Four pedestrians were injured in West Hollywood when two cars collided at a busy intersection and one jumped up onto a curb.

Investigators said a minivan and a Honda sedan were involved in a collision around 6 p.m. at Sunset and La Cienega boulevards.

The minivan then jumped a curb, hit a light pole and struck four pedestrians standing on the corner.

All four suffered what authorities described as minor injuries, and they were transported to a local hospital for evaluation.

Two people, described as an elderly couple, inside the minivan also had minor injuries and were sent to a hospital to be checked out.

Los Angeles fire officials said a total of seven patients were transported from the scene. The condition of the seventh injured individual was not immediately known.

Authorities reopened the area to traffic about an hour after the crash.