Whale carcass, believed to be 'Wally,' washes up in Encinitas 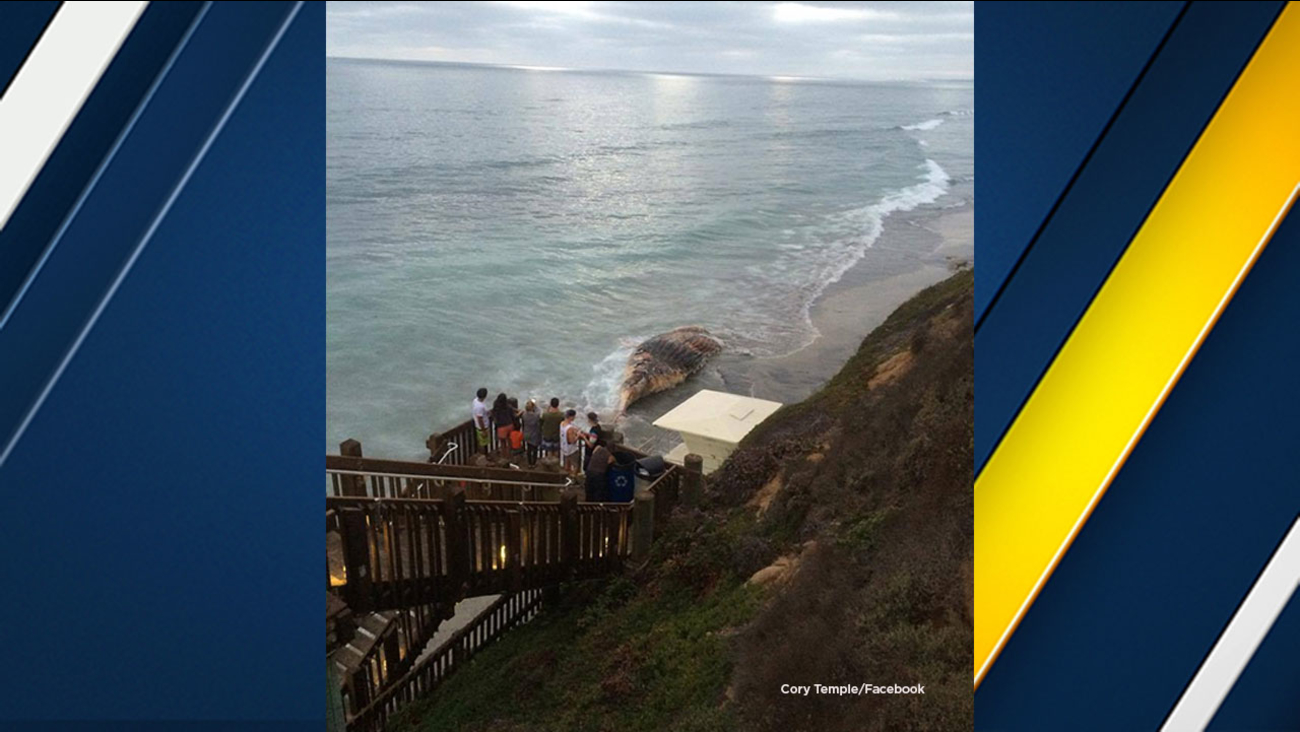 The carcass of a whale, believed to be the same "Wally" that came ashore at Dockweiler Beach, washed up in Carlsbad on Saturday, July 16, 2016. (Cory Temple/Facebook)

CARLSBAD, Calif. (KABC) -- The body of a whale washed up on the beach in Encinitas and officials believe it could be the same "Wally" that floated up on Dockweiler Beach several weeks ago.

Wally's body washed up on Dockweiler on June 30 and was towed out to sea by Los Angeles County lifeguards a day later.

Wally, later determined to be a female humpback between 10 and 20 years old, had been a star of several viral videos. In one, the sunlight catches her spout so that it looks like she is breathing out a rainbow. In another, a little girl appears to magically make her surface on command.

Encinitas lifeguards believe the whale body that came ashore at Grandview Beach had been floating and decaying in the water for about two weeks. They believe it is Wally, but they have not definitively confirmed a match. They expect to remove the carcass by Sunday morning.
Related topics:
san diego countywhalebeachesviral video
Copyright © 2021 KABC-TV. All Rights Reserved.
More Videos
From CNN Newsource affiliates
TOP STORIES