Authorities said the woman, who lived alone in her home in the 100 block of North Beachwood Drive, was first discovered by her caretaker at around 7 p.m. Monday inside her bedroom. Police identified her as 86-year-old Antonia Yager. The caretaker told police that Yager was active and healthy. Friends described her as a lovely woman.

"The scene that we're seeing is consistent with this lady being attacked," LAPD Lt. John Radtke said. "There is some blood that is visible that would be consistent with a stab wound."

Investigators methodically combed through the home and the surrounding area for fingerprints and footprints. They also canvassed the neighborhood to look for surveillance video and any evidence that can lead them to the killer.

It was not clear when Yager was killed, but police said her caretaker, who looks after her cats, had seen her a couple of days ago.

Yager's friend of ten years Susana Bereti saw her on Sunday for an early Christmas dinner.

Police said the neighborhood, which is just a block away from the popular Larchmont shopping district, is normally quiet and safe, but it can sometimes be a target for burglars.

"This is a beautiful neighborhood, one of the best places to live in Los Angeles. I can tell you that there's almost no violent crime over here," Radtke said. "But like many areas in Los Angeles, and especially in areas where people own a lot of nice stuff, burglars like to come over occasionally."

The incident has residents in the neighborhood on edge.

"I'll be locking my doors and making sure everything is buttoned up and taking extra precaution," said Frank Durgin, an area resident.

Police are asking residents to lock their doors and said they will have extra patrols in the area.

"This is a close-knit neighborhood. People in this neighborhood care about their community. They pay attention to people coming and going. So, of course, we're interested in anyone that might have seen anything out of the ordinary yesterday or maybe perhaps the day before," Radtke said.

Anyone with information about this incident is urged to contact the Los Angeles Police Department at (213) 382-9470. 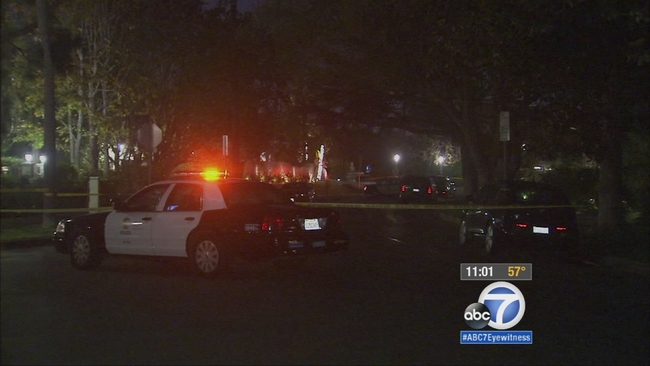