Woman, 53, dies after being found in burned-out house in Leimert Park 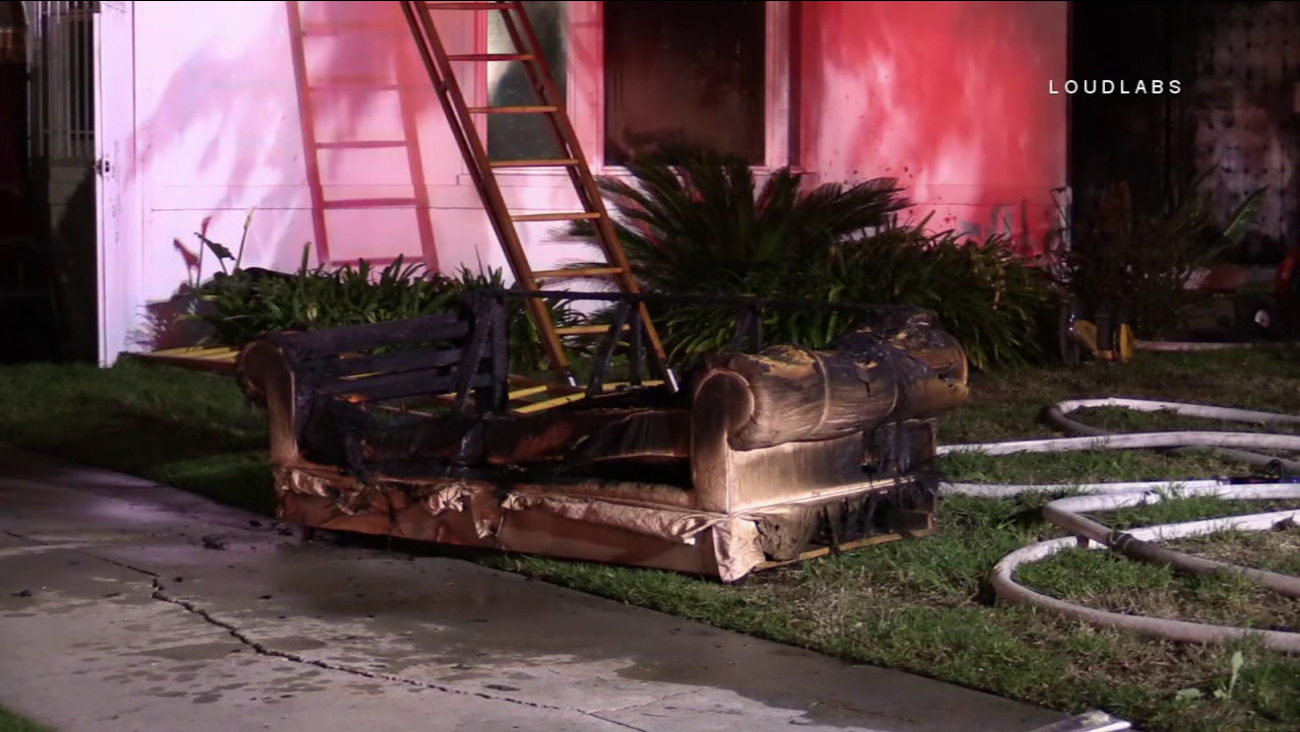 A charred sofa is seen in front of home in South Los Angeles after a fatal fire on Sunday, Jan. 15, 2017. (Loudlabs)

Firefighters were dispatched at 10:41 p.m. following a report of a structure blaze in the 3700 block of Edgehill Drive, where they arrived to see light smoke wafting from a single-level house, the Los Angeles Fire Department said.

When the first responders entered the residence they discovered the fire was out after burning an overstuffed couch, according to a news release. Cold, heavy smoke permeated the home.

The unidentified woman was found inside the house and rushed to a hospital in grave condition, the statement said. She was pronounced dead at the medical center. The cause of death was not immediately announced.

The house was equipped with smoke alarms but it was unclear if they were functioning at the time of the fire, officials said.