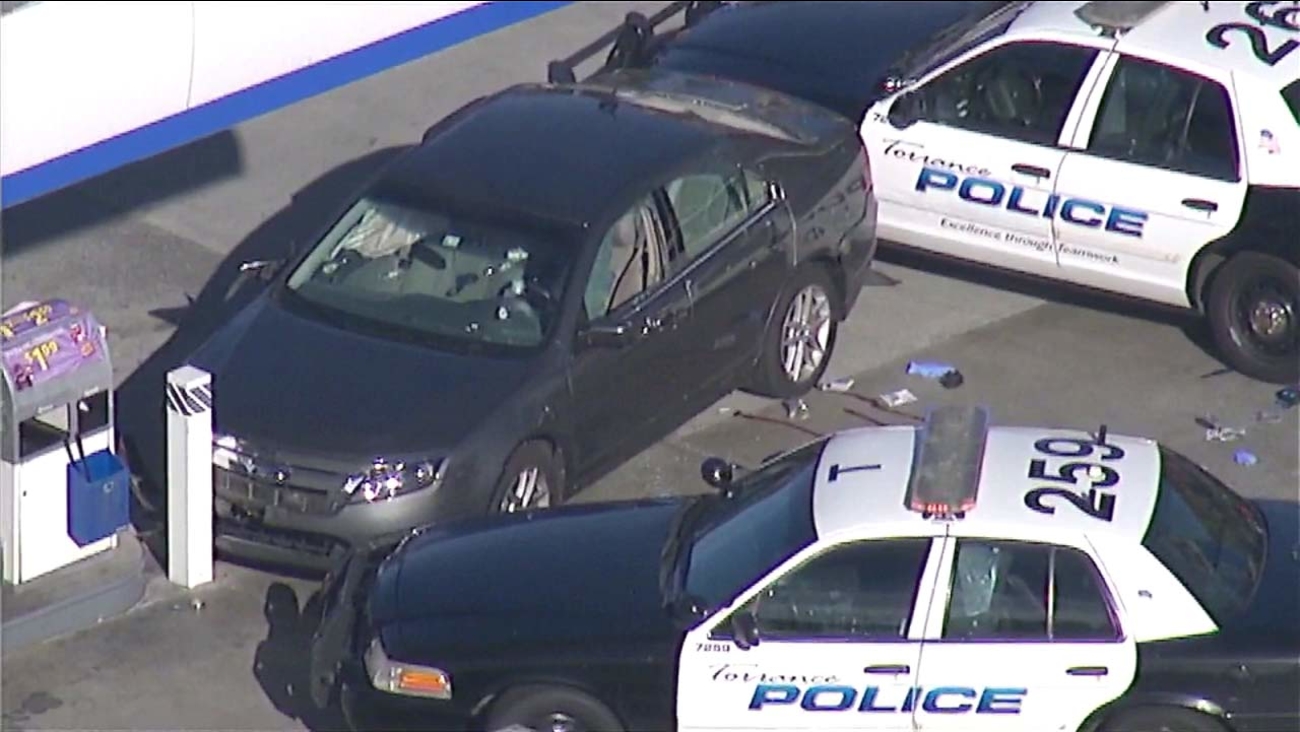 TORRANCE, Calif. (KABC) -- The woman who was shot and killed by officers after she rammed a car into a police cruiser in Torrance has been identified.

Witnesses say Shirley, believed to be under the influence, was driving erratically on the wrong side of the road near Arlington and Post avenues Monday afternoon.

A short chase then came to a crashing end after police used a PIT maneuver at Cabrillo Avenue and Sepulveda Boulevard.

Video captured by an eyewitness appears to show Shirley's stopped vehicle partially boxed in by police on the street. The car then accelerates and rams into a cruiser as officers fire multiple shots into the car.