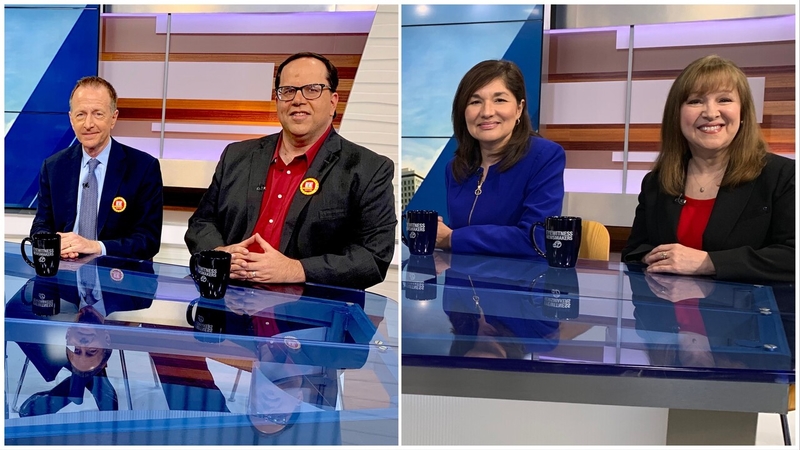 LOS ANGELES (KABC) -- When the L.A. teachers strike settled in January, the Los Angeles Unified School District said it would need to find more money to pay for the agreement.

On June 4, L.A. voters will decide Measure EE in a special election. It is a 16 cents per square foot parcel tax to raise $500 million a year for city schools.

It needs two-thirds voter approval to pass. The tax would extend 12 years and raise $6 billion over its term.

"There's no guarantee this money goes into the classroom. It can go to pensions and health benefits," Shelley said. "It can go to administrators."

Voter turnout is expected to be light. A two-thirds supermajority of 66.67 percent voter approval is a difficult benchmark.

Previous analysis says without an infusion of money, LAUSD will be in dire financial condition in two years. The district is losing enrollment. Still, LAUSD is the nation's second largest school district.

Critics say it should cut the bureaucracy before asking for more money.

"In the last nine months, we reduced the bureaucracy by $50 million," Beutner said. "It's people, and we don't brag about that. We're more efficient with every nickel we have."

"The schools need to be better managed. LAUSD is badly managed," Taxpayers spokesperson Shelley said. "It has been for a long time. They have a lot of money in their budget. LAUSD has more than the city of Los Angeles."

The tax would exempt seniors and certain disability recipients, but the bulk of the tax will be levied on large property owners.

"Look, this is a fundamentally fair way to raise money for schools. Only 18 percent of what's generated will come from homeowners, 70 percent is mostly from big businesses," the teachers' union president said.

The business spokesperson disagreed, saying, "The business community has always been there to support public education to figure out what is our next step, but for now, Measure EE is not the answer."