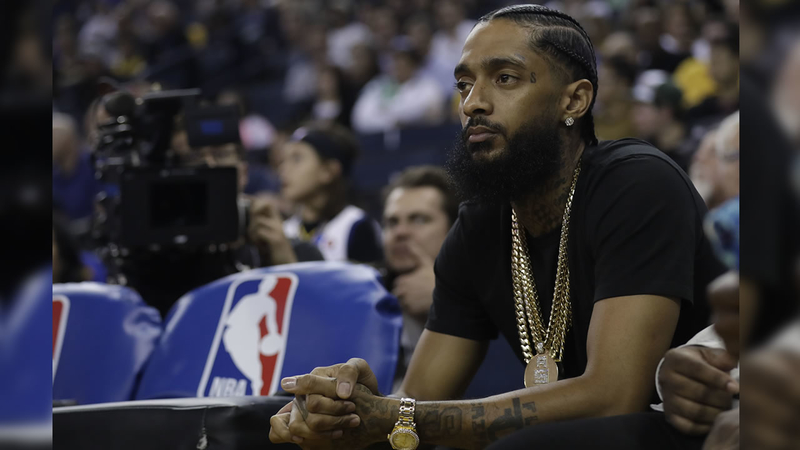 Nipsey Hussle's legacy endures on 2-year anniversary of his death

LOS ANGELES (KABC) -- Wednesday marks the two-year anniversary of the shooting death of Grammy-award-winning rapper and Los Angeles native Nipsey Hussle, who was killed outside The Marathon, his clothing store in South L.A.

Hussle's allure grew to new heights after the fatal shooting. The rapper's alleged shooter remains in a Los Angeles County jail awaiting a trial whose proceedings have been delayed because of a court shutdown over the coronavirus pandemic.

A grand jury indicted Holder for murder for Hussle's killing and attempted murder after two men who were standing next to the rapper were wounded. Holder has pleaded not guilty. Testimony released in 2019 provided a detailed accounting of what led up to the killing, including a conversation between Hussle and Holder that discussed snitching.

After Hussle's death, an unexpected cease-fire developed between some rival gang members.

"It created an opportunity for conversations to happen, for communication to happen, for leadership to happen that maybe wouldn't have happened otherwise in the memory and spirit of Nipsey Hussle," Anne Tremblay, director of Gang Reduction and Youth Development program in Los Angeles, said earlier last year.

Passengers riding as part of the Nipsey Hussle funeral procession tossed money out of the window as the motorcade passed through South Los Angeles.