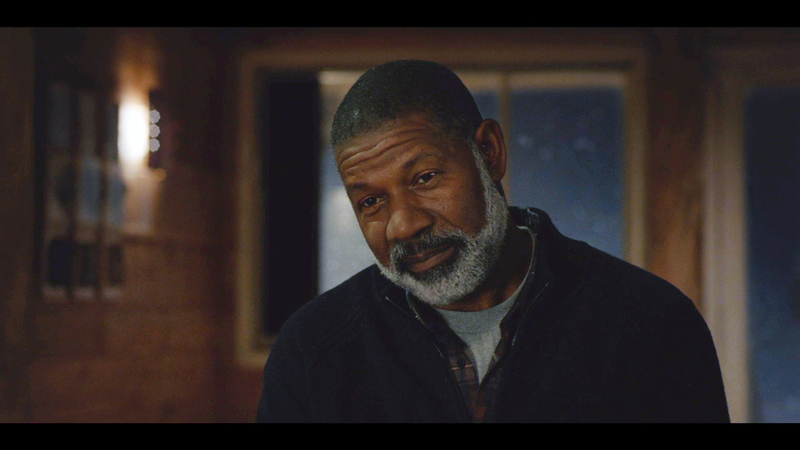 'No Exit' brings novel to life with skilled ensemble

A new movie streaming on Hulu brings a heralded novel to the screen, brought to life by a skilled ensemble featuring one of our best actors.

"No exit" tells the story of a group of strangers who seek shelter during a snowstorm.

There's no cell service, and that's a problem as it turns out.

The mere presence of star Dennis Haysbert makes viewers feel safe solid and secure, and here, he plays a former Marine. But even for his resourceful character, there is "No Exit" -- which is what makes the film unique in his long career.

"It's a first for me," he said. "It's kind of a mystery thriller, and it kind of plays like a 'Twilight Zone' episode."

In the new thriller, "No Exit." a young woman breaks out of rehab in an attempt to get to her critically ill mother. But a blizzard sends her to a shelter instead until the storm passes. And inside this safe haven is actually where the real danger lies.

A young woman has escaped from rehab and gets stranded with folks she doesn't know at a remote visitors center during a blizzard. All this leaves her struggling to discern friend vs. foe, while we try to guess right along with her.

It also seems a 10-year-old girl has been kidnapped, so the question then becomes, who is involved? And how deeply?

The clues pile up, along with the snow.

"Any of these people could have done it," Haysbert said.

Filming the movie, the members of the cast got extraordinarily close.

The jazz giant was born and raised in Montreal, Canada, but came to write an anthem of the struggle of Civil Rights in the United States.

"No Exit" is a taut and tense and tight thriller, and there is not one wasted second in the movie. The picture engages and keeps audiences guessing on the way to a terrific finale.

It was originally made for theaters, but it is the type of small picture that might get lost amid big blockbusters. So it made sense that the thriller is streaming.