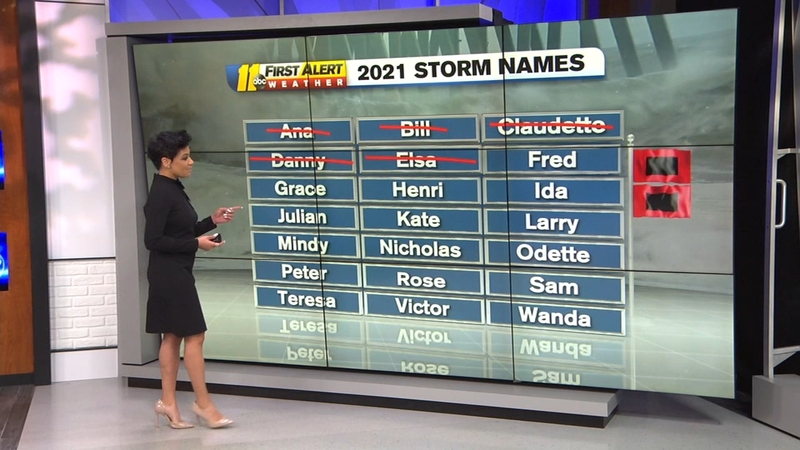 The 2021 Atlantic Hurricane season is underway but the busiest time is ahead.

NOAA's Climate Prediction Center on Wednesday provided a mid-season update, saying that it expects there to be 15 to 21 named storms with winds of 39 mph or greater this season.

On anniversary of Hurricane Isaias, tropics remain relatively quiet for 2021

The next cyclone name on the list is Fred.

"After a record-setting start, the Atlantic 2021 hurricane season does not show any signs of relenting as it enters the peak months ahead," said Rick Spinrad, Ph.D., NOAA administrator. "NOAA will continue to provide the science and services that are foundational to keeping communities prepared for any threatening storm."

The NOAA scientists predict that the chances of an above-normal 2021 hurricane season is 65%.

"A mix of competing oceanic and atmospheric conditions generally favor above-average activity for the remainder of the Atlantic hurricane season, including the potential return of La Nina in the months ahead," said Matthew Rosencrans, lead seasonal hurricane forecaster at NOAA's Climate Prediction Center.

The sea surface temperatures in the Atlantic are not expected to be as warm as in 2020, however they point to reduced vertical wind shear and an enhanced West Africa monsoon as the reasons for the increase in activity.

"Now is the time for families and communities to ensure their preparations are in place," said National Weather Service Director Louis W. Uccellini, Ph.D. "These storms can be devastating, so be prepared for all possible outcomes by staying tuned to the forecast and following safety information and possible evacuation notifications issued by emergency officials."