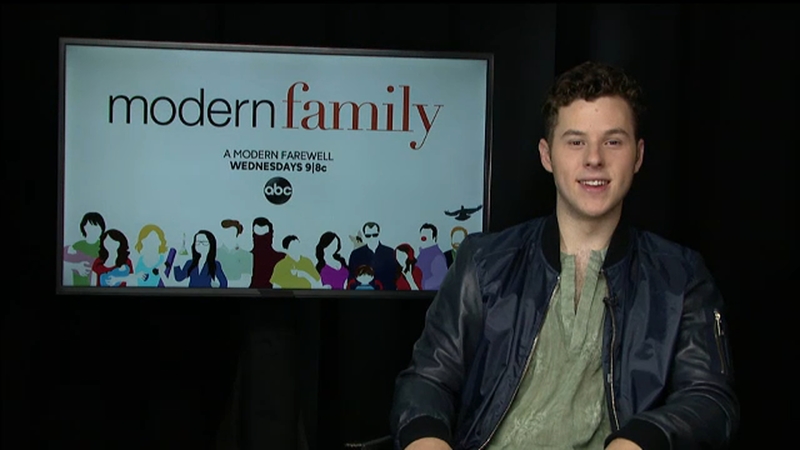 Nolan Gould talks about the final season of 'Modern Family'

NEW YORK -- It's a bit surreal to the cast of "Modern Family" that this series is coming to an end this 11th season.

Especially for Nolan Gould. He's played Luke Dunphy for most of his childhood. He's literally grown up right before our eyes on ABC.

"I still just haven't found a good way to sum it up. It's 11 years of your life, it's been an amazing journey and experience, and I'll never find anything quite like what we have going on here so there's a lot of different emotions coming into the final season but we're about half way done and it's feeling really strong, it's going to be an amazing season," Gould said.

Along with that, come fans that feel like they know him. Gould says that was weird for him at first, but now, he compares it to a family reunion.

"I get it, it's kind of like running into an uncle you haven't seen in a few years," he said.

As for his character's growth, he says he's happy with it. His only wish is that Luke and dad Phil go out in the finale as best buds.

Tonight's episode revolved around a pool party where Cam and Mitch end up feeling insecure about their bodies despite trying to show Lily that she shouldn't feel nervous.