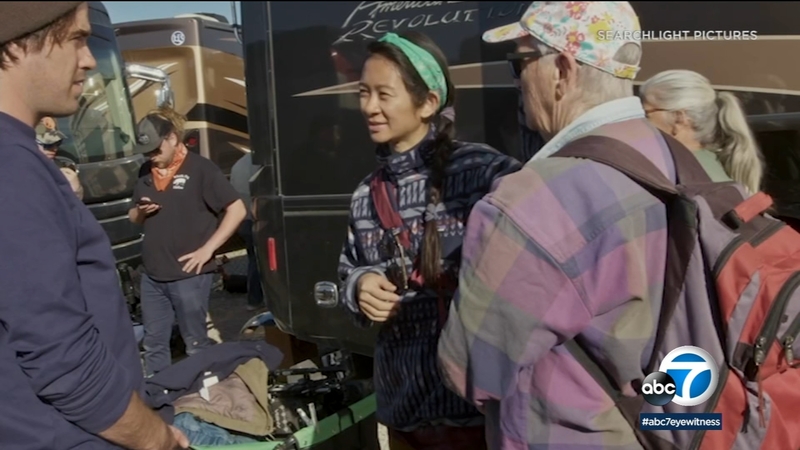 In "Nomadland," McDormand plays a 61-year old woman on an adventure after the Nevada town she called home goes belly-up due to the recession. Her van is now her home... and she travels the roads working and exploring life in new ways.

"Nomadland" is based on a non-fiction book of the same name about contemporary nomads--considered an invisible part of America's workforce. While McDormand's character is our fictional guide, it was writer-director Zhao who hired actual nomads to play characters much like themselves.

"They put me in perspective. I will be like really stressed out about something in the film. And for Brady, it's like, 'I gotta run my horses' and for Swankie, 'I gotta put the cake in the sun oven. That's more important.' So you realize, Yeah, I'm just making a movie. Everything's okay," said Zhao.

There is a gentleness and an honesty to this movie. And while making it, Zhao witnessed real kindness among the nomad community.

"When you're out there, you really do help each other out," said Zhao. "You know, you do become much more open to sharing other experiences with other human beings."

Zhao wrote, directed, and edited the film. She laughs about why she took on so many roles.

"Well, it was the pandemic so it was easy!" said Zhao. "No, I had to pull it out of my own head and I was very happy to have great team to give me notes and make it better."