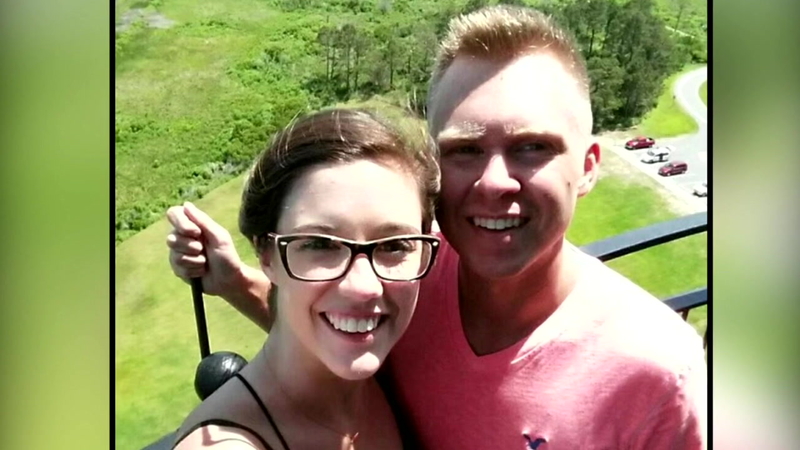 RALEIGH, North N.C. -- A man calling 911 in North Carolina told the operator he woke up from a dream and found his wife stabbed to death in their bedroom.

Raleigh police charged 28-year-old Matthew Phelps, an aspiring pastor, with murder Friday after he made the emergency call.

In the 911 call, Phelps told the operator he took more cold medicine than he should have and woke up after his dream with blood all over him and a knife on the bed he shared with his wife.

"What do you mean by that? What happened?" the dispatcher responded.

"I had a dream and then I turned on the lights and she's dead on the floor," Phelps told the dispatcher.

"How? How? How?" the dispatcher asked.

Toward the end of the seven-minute 911 call, Phelps started sobbing, saying his wife didn't deserve this.

"I have blood all over me and there's a bloody knife on the bed. I think I did it. I can't believe this," Phelps said.

Phelps told the dispatcher he took Coricidin cough medicine because he has problems sleeping.

"She's not moving. Oh my God. She didn't deserve this," Phelps said.

The makers of Coricidin extended their "deepest sympathies" to the family and told ABC News that "patient safety is our top priority. There is no evidence to suggest that Coricidin is associated with violent behavior."

Police said that while a full investigation is underway, they believe this crime was not a random act.

Phelps is being held without bond and is due in court Tuesday.

A memorial for Lauren Ashley-Nicole Phelps is set to take place Monday at Hope Lutheran Church in Wake Forest.

The couple had been married since November 2016.