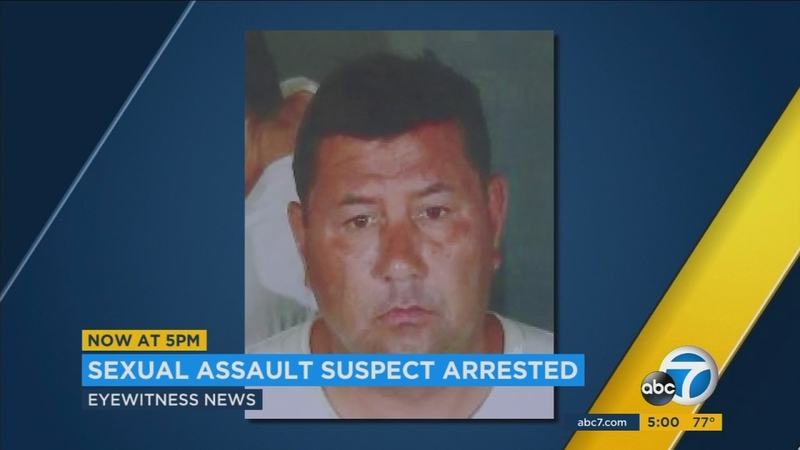 NORTH HILLS, LOS ANGELES (KABC) -- A 45-year-old man has been arrested, accused of trying to sexually assault a 93-year-old woman in North Hills. Police fear there may be more victims out there.

Los Angeles police announced the arrest of Ted Noriega on Thursday. He is now facing two felony counts of kidnapping and sexual assault.

Police said he approached the woman in front of her residence while she was sitting in a chair reading in the 9900 block of Woodley Avenue in North Hills.

"Noriega physically lifted the victim from her chair and forced her inside her residence. He then attempted to commit a sexual assault on the victim but was interrupted by a member of the victim's family," said LAPD Capt. Bryan Lium.

The woman said her daughter, who lives in Sacramento, happened to be visiting and scared the man off.

Investigators said witnesses in the neighborhood pointed them to Noriega. He was arrested on July 8.

He was being held on $2 million bail pending a July 19 court appearance.