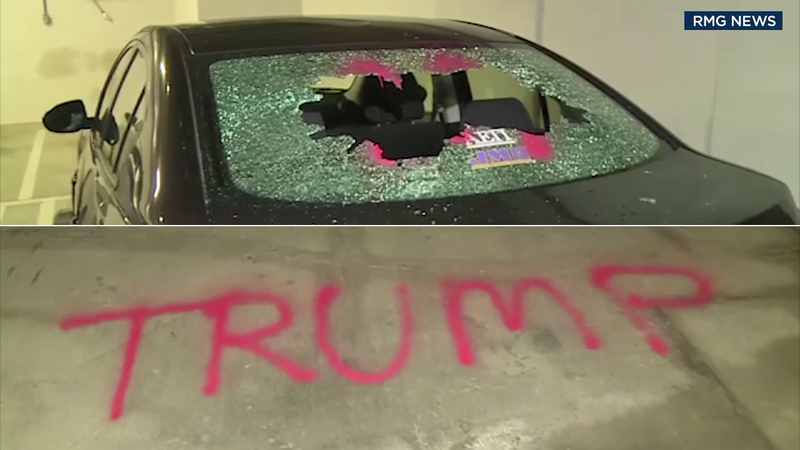 Los Angeles police officers were called to an apartment complex near Vineland Avenue and Magnolia Boulevard around 3:30 a.m. regarding the vandalism.

Responding officers said eight vehicles were damaged - some had smashed windows.. Also, the garage floors were vandalized with writing.

People at the scene were seen picking up pieces of glass from broken windows and cleaning off the paint from the ground.

Investigators are trying to track down the suspects responsible. They are looking for surveillance video from around the neighborhood to help their investigation.

Area residents said the incident shocked them, because they say it's a safe neighborhood.