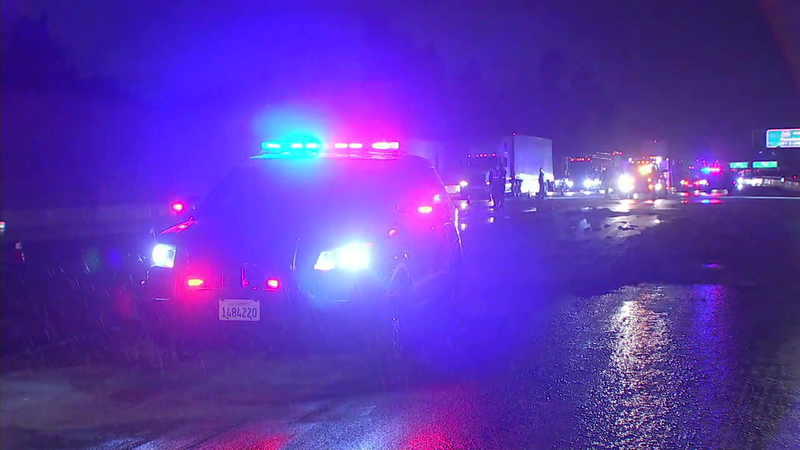 NORTH HOLLYWOOD, LOS ANGELES (KABC) -- A crash involving a semi-truck and a car Saturday morning forced an hourslong closure of all westbound lanes on a rain-slicked 101 Freeway in North Hollywood, authorities said. One person was arrested.

The incident was reported about 2:44 a.m. near Colfax Avenue, where the big rig and a white Hyundai sedan collided, according to a California Highway Patrol incident log. No injuries were reported.

The semi began leaking diesel fuel on the roadway after the impact, prompting the CHP to issue a Sigalert. Caltrans crews responded to the scene and used brooms and an absorbent to clean up the spill.

SIGALERT CANCELLATION IN STUDIO CITY: WB US-101 AT COLFAX AVE - ALL LANES OPEN

One westbound lane was intermittently opened during the cleanup. Eastbound traffic was unaffected.

All lanes were reopened as of 8:30 a.m., the Highway Patrol said.

A CHP spokesperson confirmed an arrest was made in the incident, but no other details were immediately available.