Driver arrested for assault with a deadly weapon after wild crash in North Hollywood: Video 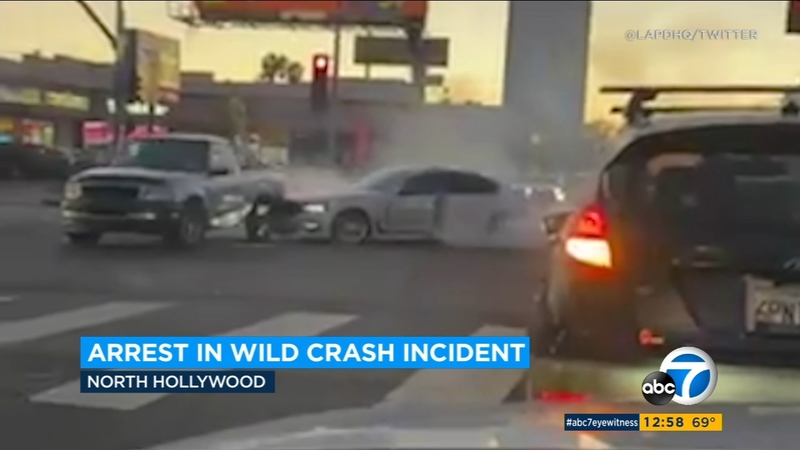 Video: Driver arrested for assault after wild crash in NoHo

NORTH HOLLYWOOD, LOS ANGELES (KABC) -- A 27-year-old man was arrested on a felony charge in connection with a violent incident involving two vehicles at an intersection in North Hollywood, authorities announced Tuesday.

The footage shows a white BMW sedan -- with the driver's door open -- slamming into the driver's side of a pickup truck. The front of the car continues to repeatedly press against the truck even after the impact.

The truck starts to drive away but is followed by the driver of the car, which sideswipes the truck near a bus stop. At least one person at the bus stop is seen jumping out of the way.

Both vehicles make a U-turn on the street before the footage ends.

David Zulayan, the driver of the BMW, was taken into custody Monday evening on suspicion of assault with a deadly weapon, an LAPD spokesperson said. His bail was set at $30,000.