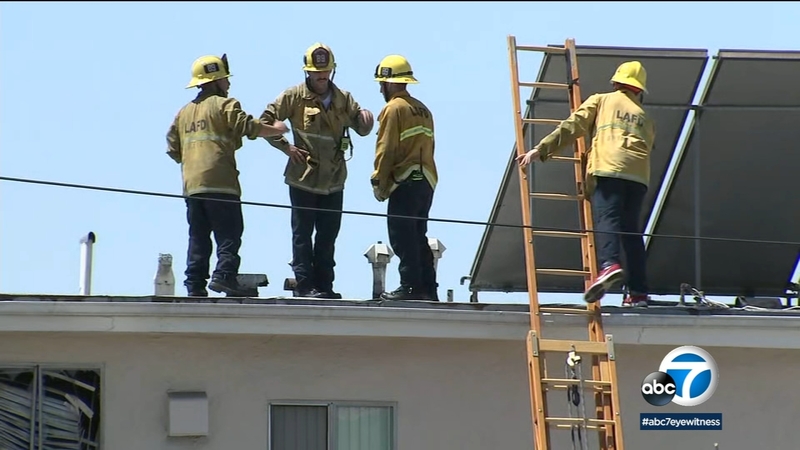 NORTH HOLLYWOOD, Calif. (KABC) -- A North Hollywood apartment complex was temporarily closed off to all residents after a minor explosion related to the use of multiple "bug bombs."

Los Angeles firefighters responded to the building in the 6400 block of North Denny Avenue Wednesday morning following the explosion.

All occupants in the building were evacuated shortly before 11 a.m. and will be allowed to return pending a city safety inspection.

Many residents said the explosion felt like another earthquake.

"The cause of the explosion was a bug fogger left behind in the unit," said Tyler Dixon of the LAFD. "Four bug foggers that can be bought over the counter... were set off in the apartment and the staff that set them off left."