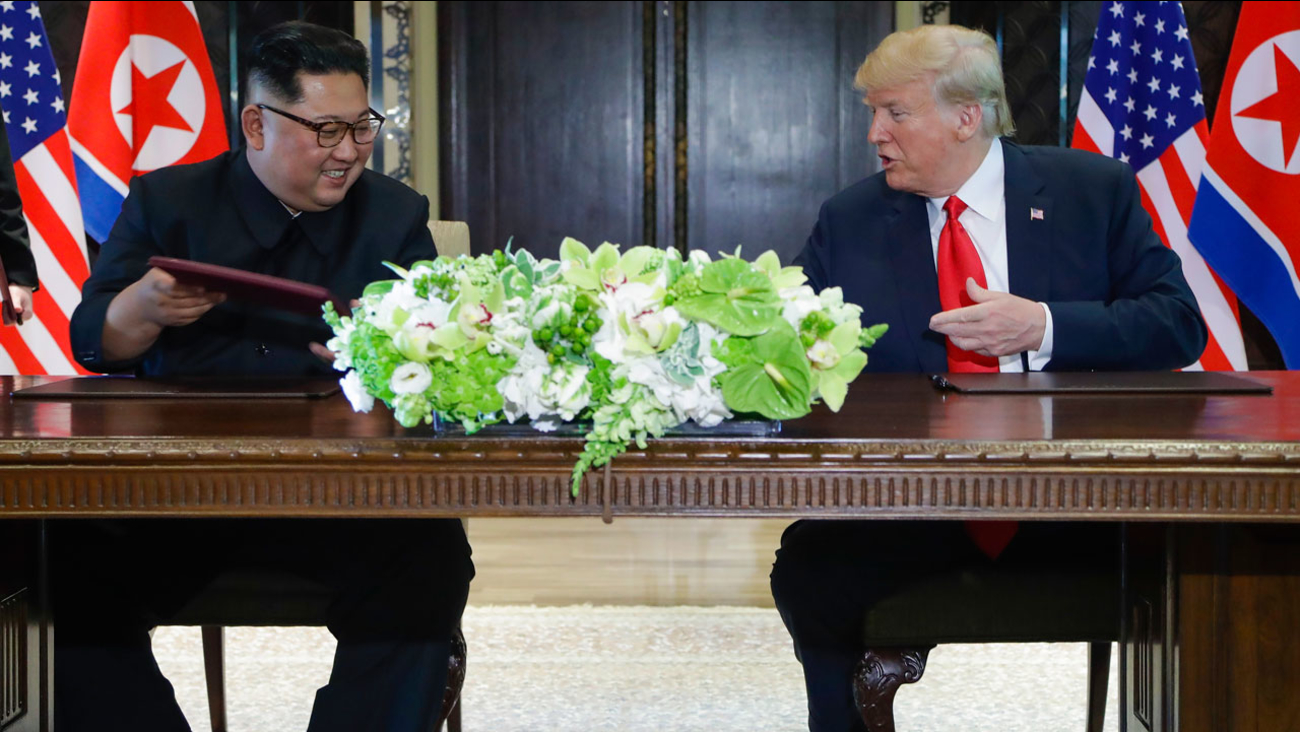 WASHINGTON -- President Donald Trump is set to hold a second summit with the leader of North Korea near the end of February to try to coax the North to give up its nuclear program.

The announcement came at the White House Friday after Trump met with a North Korean envoy.

White House press secretary Sarah Sanders said Trump met for 90 minutes with Kim Yong Chol to discuss denuclearization and a second summit. She said the president looks forward to meeting with North Korean leader Kim Jong Un at a place to be announced at a later date.