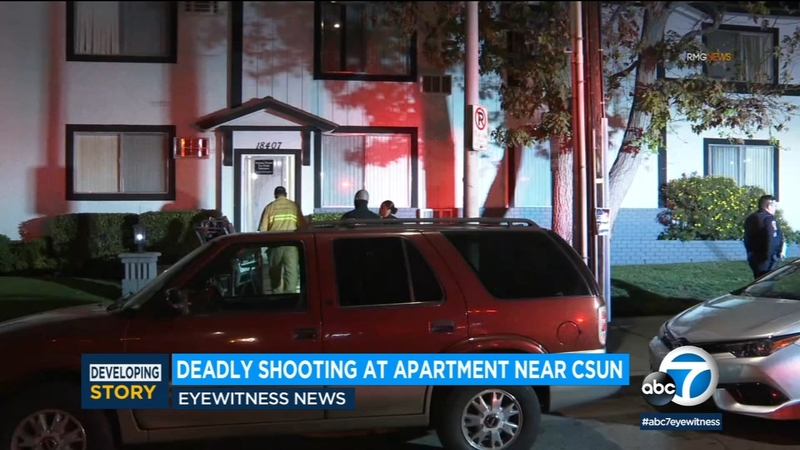 NORTHRIDGE, Calif. (KABC) -- A 31-year-old man was found fatally shot inside an apartment near Cal State Northridge, prompting a search for a man who lives at the location and was identified as the suspect, authorities said.

The incident occurred at an apartment building in the 18400 block of Dearborn Street, across the street from the CSUN campus, according to the Los Angeles Police Department.

The victim, who has not been publicly identified, is not believed to have been a student at the university, investigators said.

Officers responded to the scene shortly after 12 a.m. Friday and found the deceased victim inside the apartment unit. The LAPD homicide detective who is leading the investigation said the victim did not live at the apartment but was visiting at the time of the shooting.

According to police, the suspect opened fire amid some sort of argument and then fled. His identity is known to authorities but has not been released.

The suspect's roommate, a woman, witnessed the shooting and was cooperating with detectives, the LAPD said.

The motive remains under investigation, police said, adding that drugs were not involved.