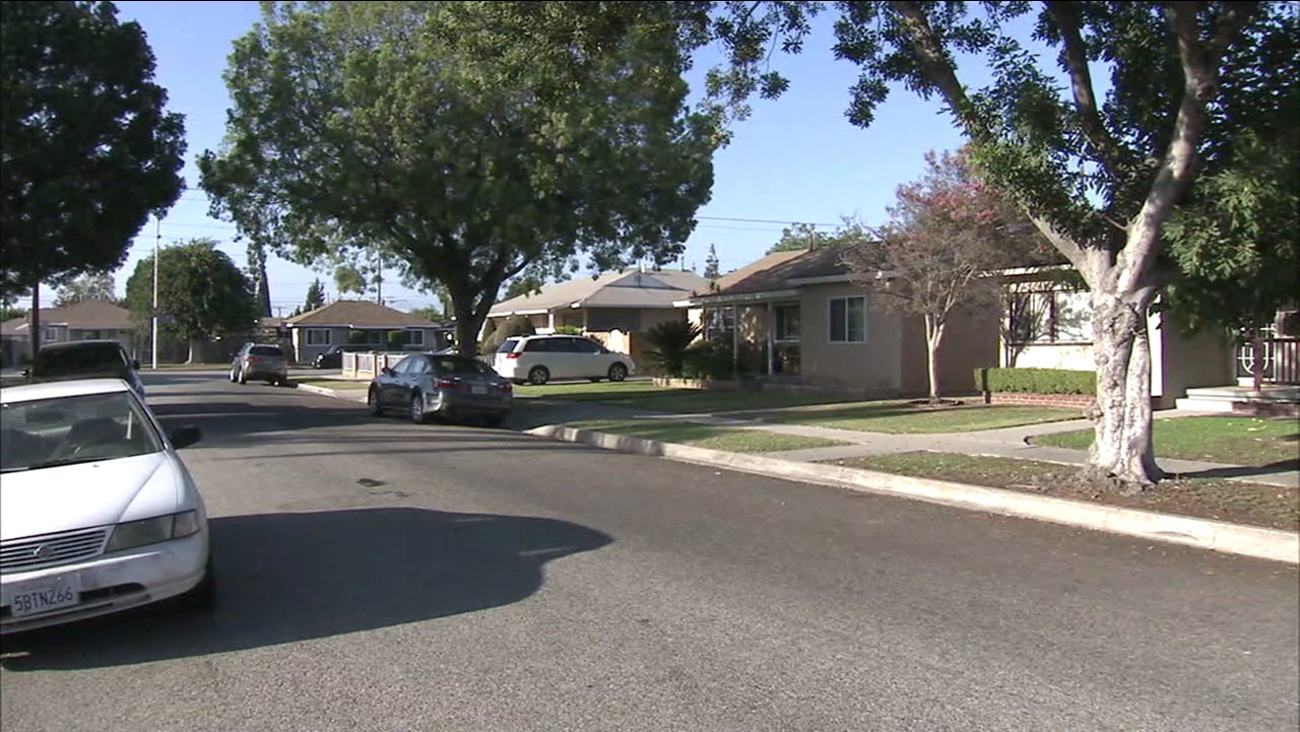 The 14500 block of Fairford Avenue in Norwalk is seen on Monday, Aug. 8, 2016, after an intruder was shot and wounded during a home invasion. (KABC)

NORWALK, Calif. (KABC) -- A homeowner shot and wounded an armed man who broke into a house in Norwalk early Sunday morning, authorities said.

The incident was reported shortly before 2:30 a.m. in the 14500 block of Fairford Avenue, where the intruder - who was armed with a knife - entered the residence through the rear, according to a the Los Angeles County Sheriff's Department.

The homeowner says he, his wife and their five children were inside the home at the time.

The shooting left the unidentified intruder with multiple gunshot wounds to his upper torso, authorities said. He was transported to St. Francis Medical Center, where he remained hospitalized on Monday.

The homeowner told ABC7 that he thinks the suspect is the same person who broke into their home a few years ago.