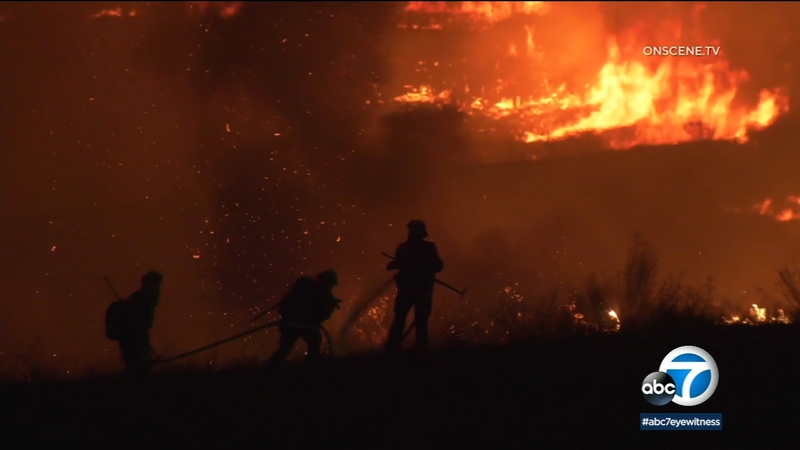 NUEVO, Calif. (KABC) -- As strong winds moved into Southern California, another brush fire broke out in Riverside County and temporarily forced residents in the rural city of Nuevo to evacuate.

The blaze ignited around 2 a.m. Thursday on the 23900 block of California Avenue. As of 4:30 p.m., the blaze had burned 200 acres and was at 25% containment, according to the Riverside County Fire Department.

The fire, dubbed the Cerritos Fire, prompted mandatory evacuation orders that live on California Avenue, north of Tres Cerritos Avenue in the west Hemet area, officials said. That order was later downgraded to an evacuation warning. That warning has since been lifted.

A temporary evacuation center was established at Tahquitz High School at 4425 Titan Trail in Hemet.

Large and small animals can be taken to the San Jacinto Valley Animal Shelter.