SAN FRANCISCO -- Thirty years later, the 1991 Oakland Hills firestorm is still one of the deadliest and most destructive wildfires in California history. But it's also now very clear that the urban inferno that killed 25 people and torched more than 3,500 structures was a sign of things to come.

Experts believe climate change and mega droughts are responsible for the shift in fire intensity.

In that context, the central lesson from East Bay Hills fire is as relevant as ever: major wildfires can happen anytime and anywhere in California, even in the middle of a major metropolitan city.

On the 30th anniversary of the fire, KABC's sister station, KGO, presents "Firestorm: The East Bay Hills Fire". The 35-minute documentary showcases archive video not seen in decades and survivors' firsthand accounts of the inferno.

Stream the documentary on your TV 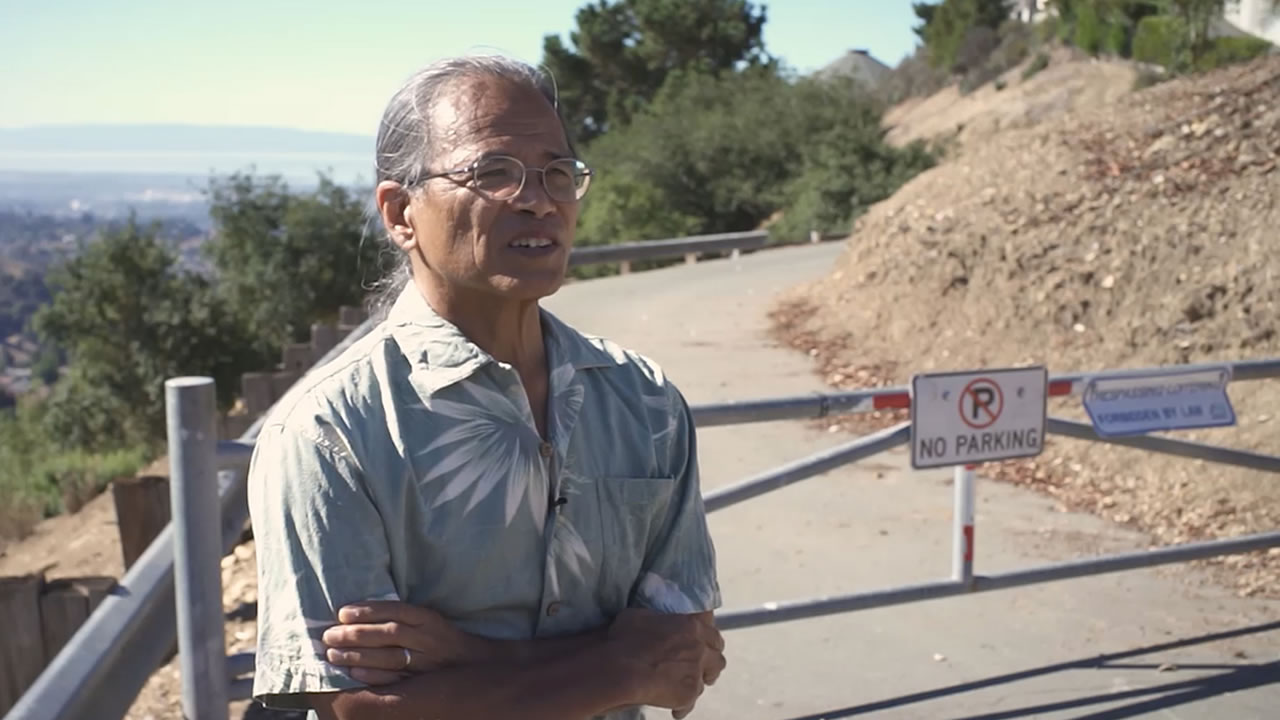 "Sunday, we got called out at 7:30 in the morning for rekindle. The wind was howling what we call the Diablo, the Eastern winds, gusting up to 70 miles an hour."

"They thought they had it out and then the wind really kicked up. The smoke started popping out of the ground and you could feel the heat coming through your boots."

"Then there was this big rumbling sound, and the ground started to shake. It sounded like a 747 was right overhead. The debris from the eucalyptus was hitting the ground and catching on fire. Last thing I remember is a reverse cascade of fire from the ground to the top of the trees and then it just the whole line of trees next to the houses just blew up." 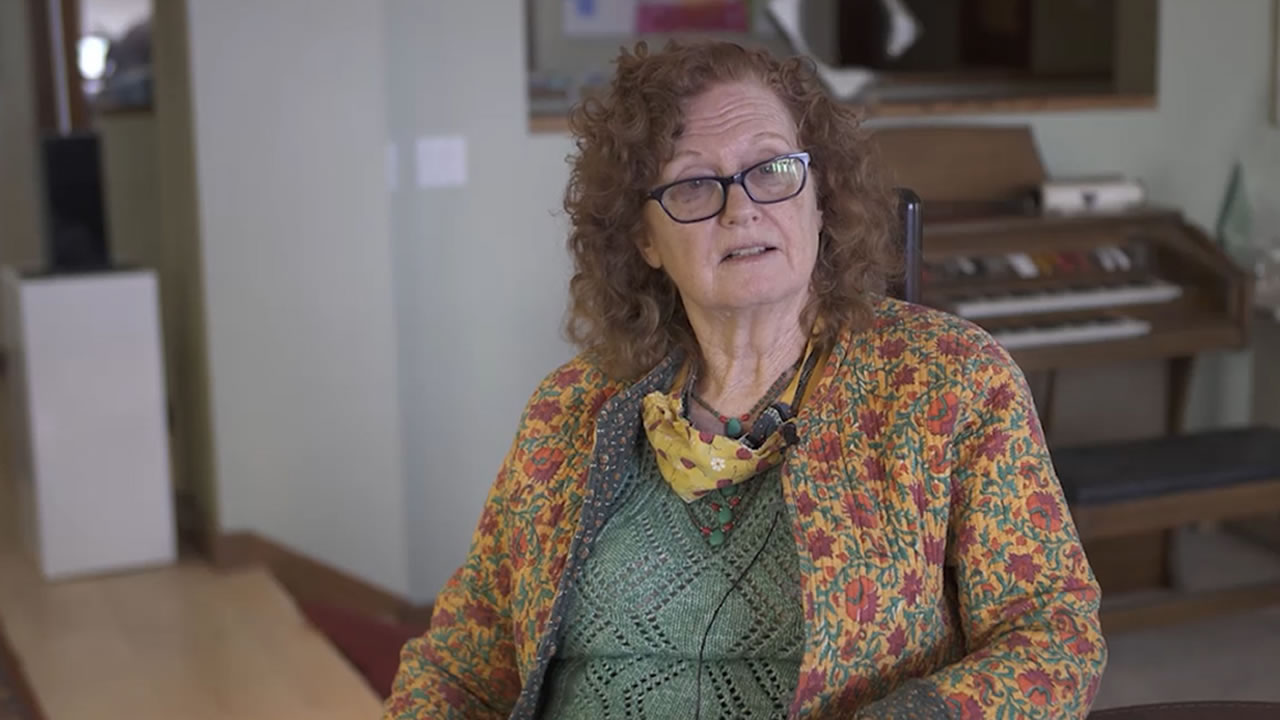 "The sky kept getting darker and darker and darker. A friend from up the hill said it's black smoke up here, we're leaving. And then the neighbor who had called me about the tunnel being closed said it's crested the hill. Get out now!"

EMBED More News Videos
"So at that point, I'm running out to try to find my husband. He took the dog in one car. I took my 9-year-old daughter in the other car. And as I back out of my driveway, Hiller drive, is bumper to bumper traffic. Somebody had to stop to let me get in and the fire was coming down that hillside."

"All of a sudden I'm seeing people behind me running across the hill to go down a Tunnel Road because the fire has crossed the whole road behind me... it was like being in a movie. It was not real, but it was a real." 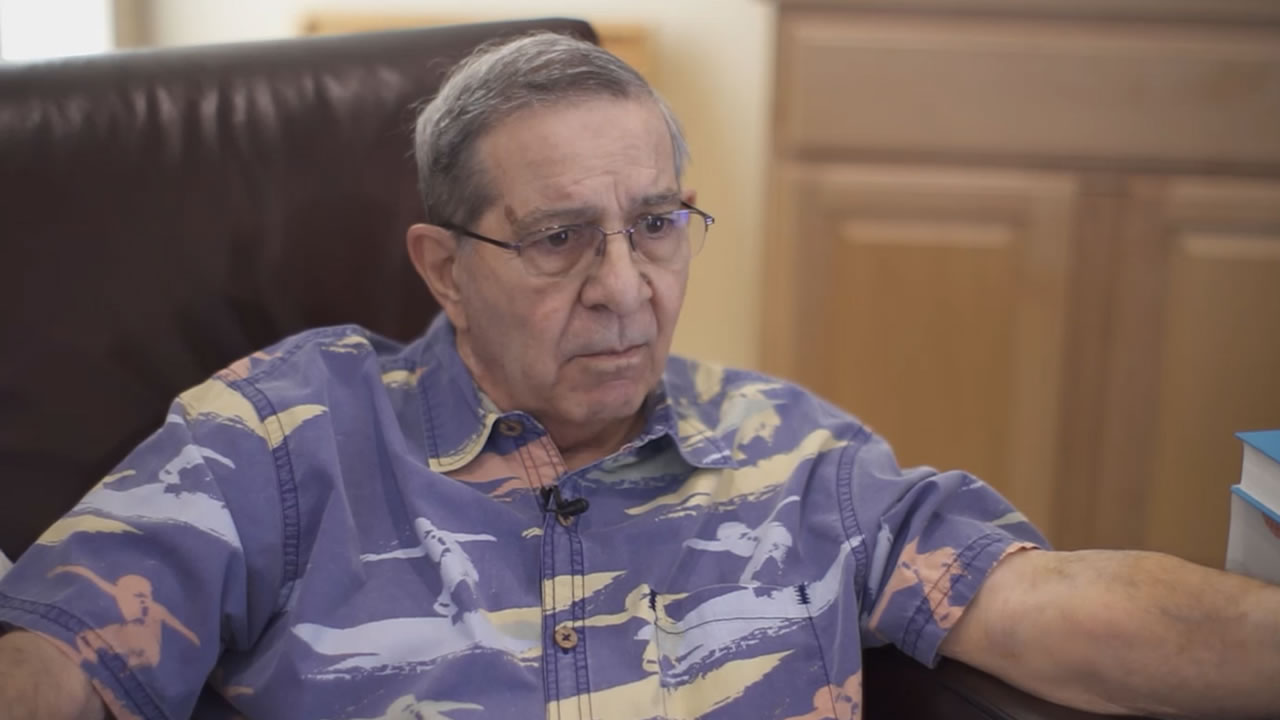 "When we first got there, I remember the fire in the canyon coming up at us and burning. And I remember it getting very dark. I looked up at the sun and it looked like the moon. And it was black. It was dark. It was like instead of noon time it looked like it was midnight. I remember going to one house. And within an hour or two I put out fire around that house twice. Because the wind changed. It was just something you'd never been in before."

"I could hear the radios, all the chatter on the radios and I heard areas that were not where we were but we're on the other side of the freeway. Because you really didn't realize how big the fire was." 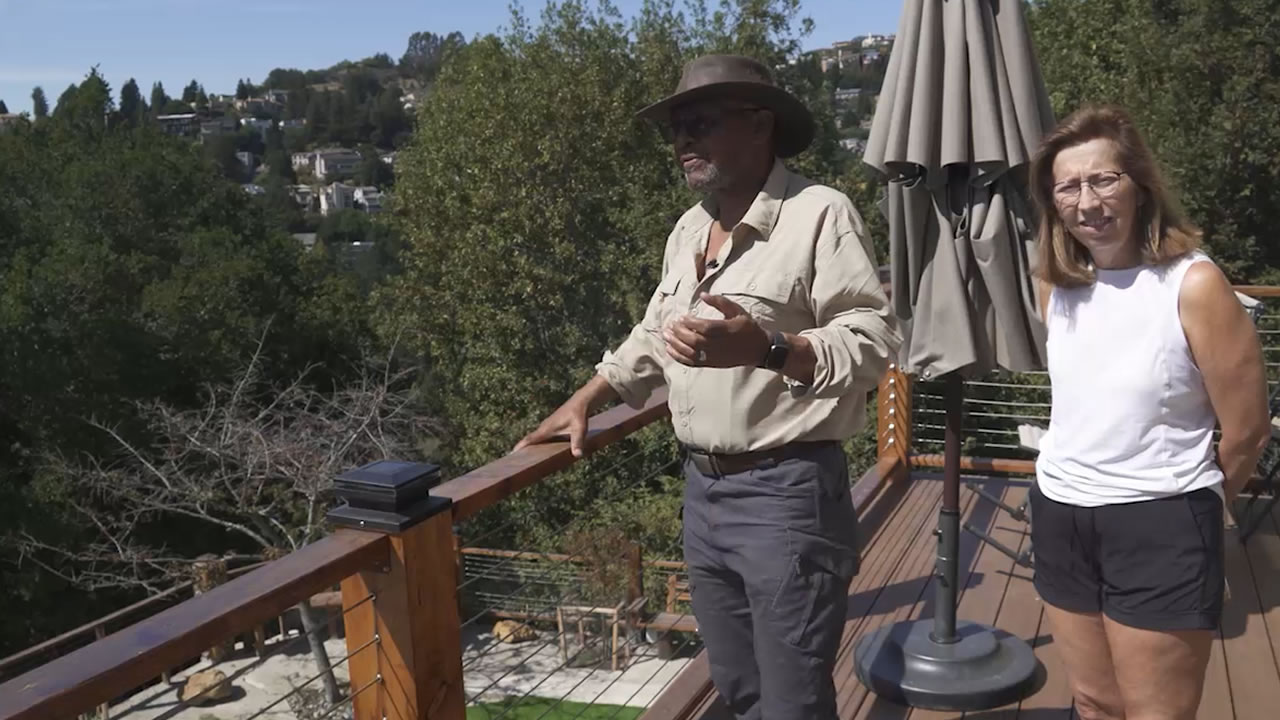 "There was one point where you know I got to an area that was blocked off and they were not allowing anyone in and this guy had a motor scooter realize you know that I wanted to get in there and he said 'Hey man, come on, you know if I can take you in there but we can't stay long.' So I hopped on the back of his motor scooter we headed up to where there was some structures and the flames and fire was coming over the hill."

VIDEO: This months marks the 29th anniversary of the catastrophic Oakland Hills firestorm. It burned thousands of homes taking 25 lives. ABC7 takes a look at scenes from October 1991.

"I got off the motorcycle, just as this one structure has started to burn. I must have been shooting for probably 10 seconds and I looked up and the fire that was once upon this field, now it's like a few yards from me. So he yelled, 'We got to get out of here we got to go!' So I jumped back on the motorcycle and I'm trying to shoot while he is driving. And we really just barely made it out." 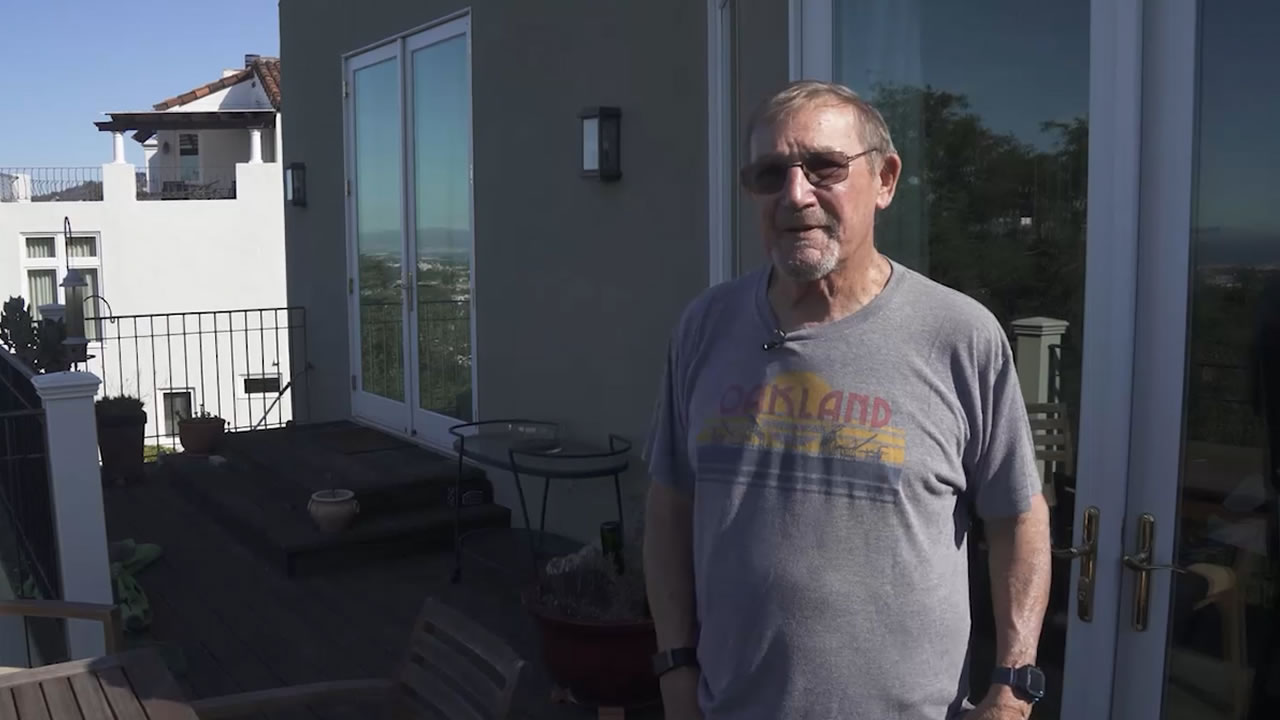 "I was watching a football game. And every once in a while they break in with updates on the fire. We were following it as it spread, but (my) neighborhood didn't appear to be in any danger at all. The fire was on the other side of Highway 13 on the Claremont side. No one suspected at all, I don't think, that the wind would push it over the freeway and get to this area."

"When they said evacuated deck but each of our kids and said, 'Take two or three items. It's very important to you. We're leaving.' As we followed the fire, it became quite clear that it did come our way. The only question was that this house survived." 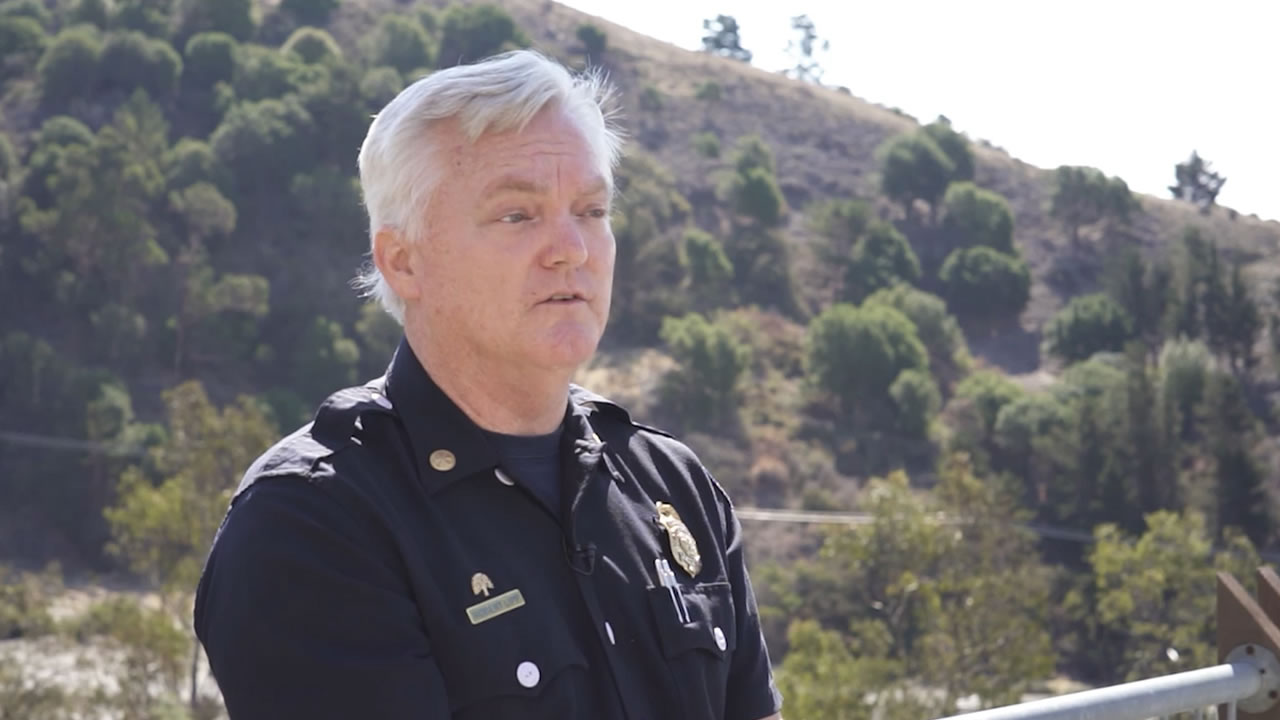 "I grew up in North Oakland. So when we were driving around, quite frankly, one of the things I wanted to do was to check on my friends, people I've known since I was a little kid. To go by their homes and see them gone was devastating."

"I don't think it was until the next morning that the full force, in terms of homes lost and lives lost, became evident." 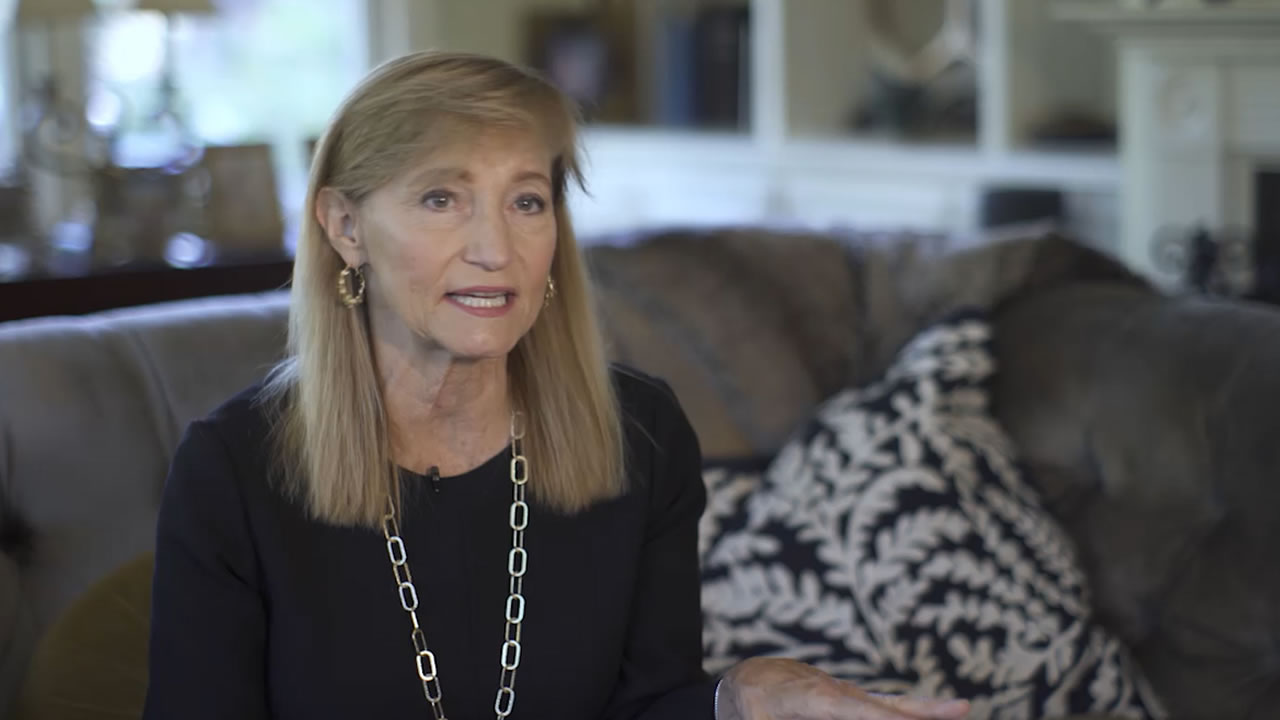 "When I drove up into the hills the next day, it was a ghastly, ghastly scene of just ashes. And I remember how colorless it was. Everything was white and pale gray, it wasn't even charred. It was just reduced to ashes. It was a landscape on the moon with these weird chimneys sticking up, it was absolutely another world."