Business leaders also participated in the roundtable discussion held at the L.A. Baking Company in Lincoln Heights around 10:15 a.m.

The current minimum wage in Los Angeles is $9 per hour. Garcetti would like to see it go up to $13.25 per hour, which would make it the highest rate in the country. Biden supports the idea of a higher minimum wage.

"This $1.8 billion will immediately go back into the economy of the city of Los Angeles. It in and of itself will create new jobs. It will create new enterprise," said Biden. "So the idea that somehow raising the minimum wage is in any way counter productive, it just belies the facts."

Edgar Gonzalez, 22, of Hyde Park is a dad to 5-month-old Vivian. He's a part-time community college student and a full-time employee at McDonald's, making minimum wage. He says it's a struggle every night to put food on the table.

Census Date shows that 18 percent of people in the Los Angeles metro area live below the poverty line, the highest rate for any big city in America.

"In many places, poverty has a lot to do with joblessness. In Los Angeles, many of the people who are poor actually do have jobs, but the wages are not adequate to lift them and their families above the poverty line," USC professor Manuel Pastor said.

Meanwhile, the wealth disparity is growing. Corporate profits are at record highs for many companies.

The Los Angeles City Council was expected to introduce its ordinance to raise minimum wage gradually over time. Dozens of demonstrators gathered on the steps of City Hall to call for a more impactful ordinance Tuesday. They urged city leaders to include paid sick days, wage protection and a minimum wage of at least $15 per hour.

After the roundtable discussion, Biden attended a fundraiser in downtown Los Angeles at noon to raise money for Sen. Alex Padilla, the Democratic candidate for California secretary of state, and congressional candidate Amanda Renteria.

Biden arrived in Los Angeles Monday afternoon to attend two Democratic Party fundraisers. The first was for Iowa Senate candidate Bruce Braley at the Beverly Wilshire Hotel just after 5 p.m. The vice president then went to a fundraiser for the Democratic Congressional Campaign Committee at the Westside home of the chairman/CEO of Fox Filmed Entertainment.

In the home stretch of the midterm election campaign President Barack Obama and Biden are not especially popular in most battleground states, and are not doing many speeches alongside the congressional candidates. But they are still popular in Southern California, and will be raising lots of money at private events this week.

Monday evening, Biden spoke for Braley, the Iowa Democrat running in a tight race for U.S. Senate. The Democrats' control of the Senate is very much on the line, and Iowa is a key battleground.

President Obama will be in town on Thursday night to attend a fundraiser at the home of Gwyneth Paltrow. He is not expected to speak publicly but is expected to create plenty of traffic tie-ups on the roads. 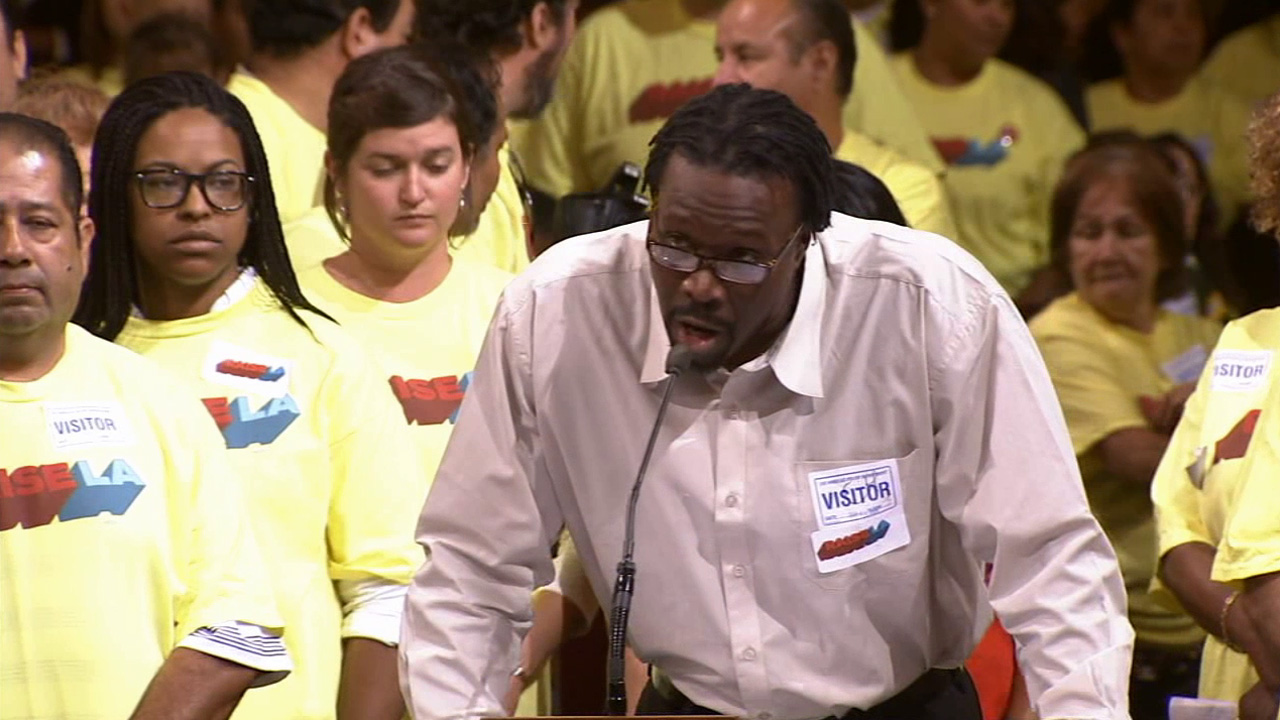 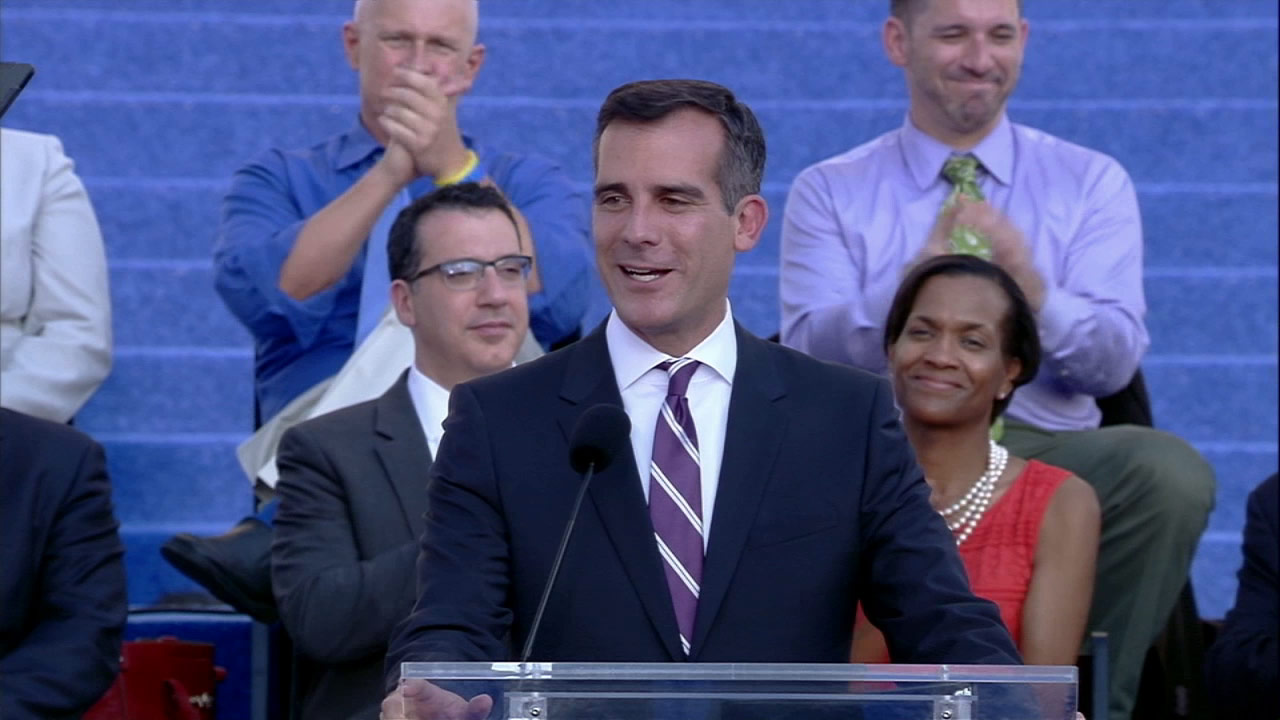 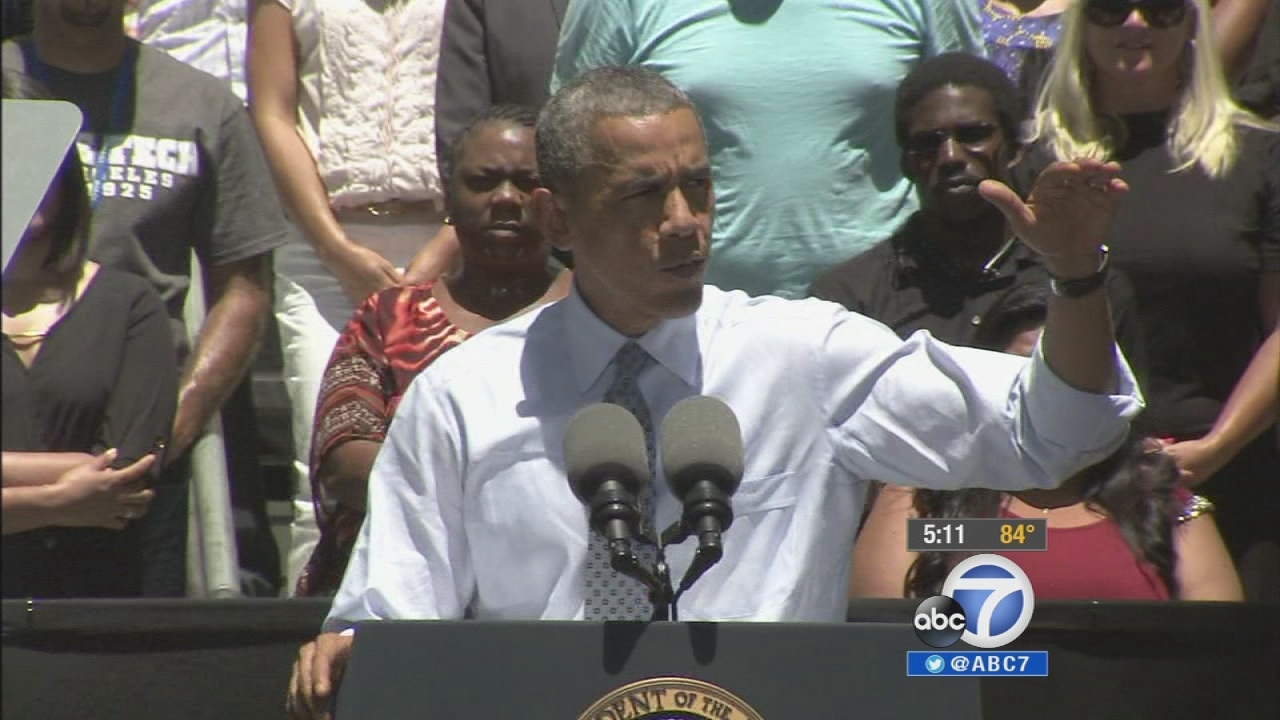