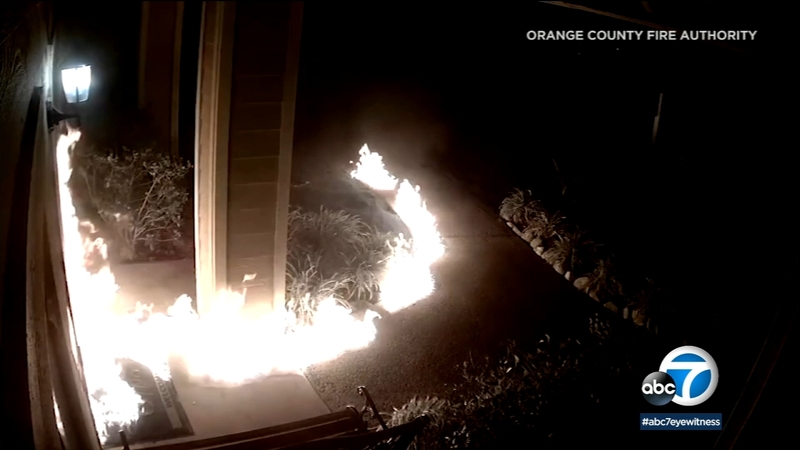 "It's frightening to see it," St. Sure said.

OCFA investigators said it was the work of an arsonist, but said there were no reports of threats against staff at the office.

Surveillance video recorded around midnight Tuesday showed a man, about six feet tall and wearing all black, pouring a clear liquid onto the building and along the sidewalk leading to the office.

"It appears that this was an intentional act that was directed at that specific location and I believe the use of the match was intentional to avoid being injured," Miller said.

Investigators said getting caught didn't seem to be of concern for this person. They worried this brazen person would do it again.

"He doesn't show any regard for people around him or the possibility of being caught," Miller said.

Following this suspect's trail was Freedom, an accelerant detection K-9. The lab told his handler where he smelled the liquid poured by the suspect and samples were sent off for testing.

Freedom and investigators asked for the public's help. Investigators worried the suspect may do this again. St. Sure was also concerned.

"You always have that in the back of your head. I just hope that they can figure out what's going on," St. Sure said.