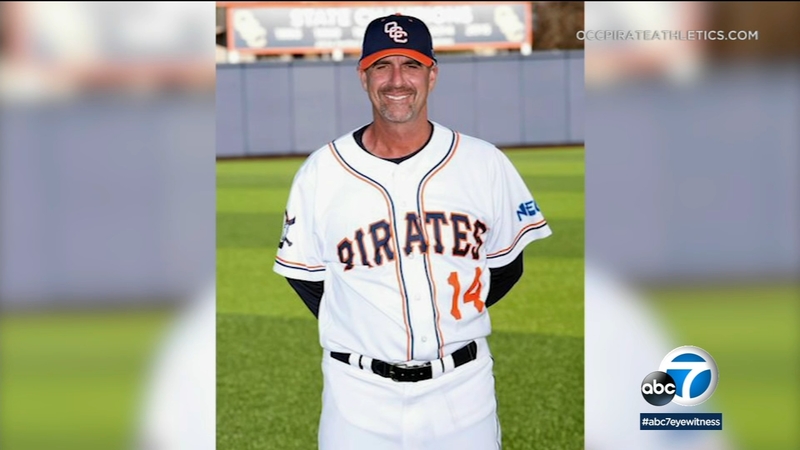 John Altobelli and his family honored at OCC's season opener

Altobelli along with his wife Kerri and daughter Alyssa were on the helicopter when crashed on Sunday. Alyssa was on the same basketball team as Gianna, Bryant's 13-year-old daughter who was also killed in the crash.

The team decided to play Tuesday's season opener as scheduled, but there was a tribute to their coach and his family before the game.

John Altobelli's brother Tony led the ceremony, and had a message for everyone attending the game.

And that's what people did in between hugs and tears with people from Altobelli's past and present.

Nick McDonald, a former assistant coach, recalled that Altobelli loved when players came back to visit.

"He was a big family man and loved having alumni and old coaches coming back, and this is kind of the environment that he would want," McDonald said.

The team says the tribute is an important first step in the healing process.