PA woman's lawsuit says she got herpes from mall makeup counter: 'It destroyed my life' 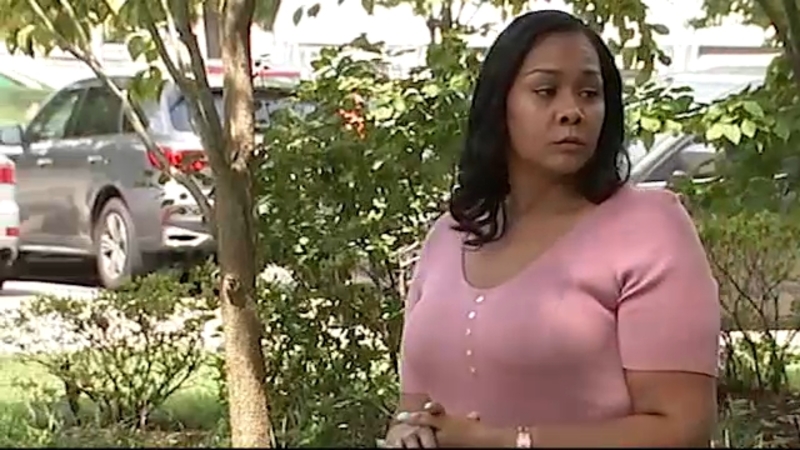 WILLOW GROVE, Pennsylvania -- The pandemic has changed the way cosmetic counters operate. But as malls and establishments reopen, a Pennsylvania woman hopes the changes remain permanent.

Her plea comes after she contracted ocular herpes while getting her makeup professionally done for an event.

Tammeka Hill said she visited the MAC cosmetic counter in the Willow Grove Mall in June 2019.

"She did a wonderful job with my makeup," Hill recalled.

But several days later she woke up in excruciating pain.

"I couldn't see, I had to be taken to the emergency room."

Doctors said she had ocular herpes. Like the virus people get on their mouths, Hill had it in her eye.

"I literally cried myself to sleep that night because I just was like, 'This is unbelievable,'" Hill said.

Did you know that your makeup expires and that expired makeup could carry dangerous bacteria.

She believes she got the virus from the MAC makeup artist who she says was not using disposable brushes.

"I asked her, 'Aren't you supposed to be using disposable makeup?' And her exact words were, 'Girl, you know, I can't beat no face with no disposable brushes,'" Hill said.

The WPVI Action News Investigative team repeatedly tried to get a comment from Estee Lauder, the parent company of MAC Cosmetics, but they never heard back.

Hill said her autoimmune condition, Lupus, has exacerbated her herpes outbreaks. She said she ended up losing her job.

She said she initially wanted her medical costs covered and an apology. When that didn't happen, she decided to sue the company.

"I've lost my job, I've lost my income," she said. "So this has completely destroyed my life."

"I would hope that big corporations like this, like the Lauder Company, would take it upon themselves to be responsible, and to make changes that really affect the whole industry," Hill's attorney Mark Webb said.

"So they do have some really good protocols. Unfortunately, not every counter follows them," Brooks said.

"Our studies show that there are an incredible amount of bacterial contaminants in makeup products, especially samples," Brooks said. "There are studies that say if there's bacteria, human bacteria, then there will also be human viruses as well, so I would not be surprised."

Brooks said these sort of infections can be prevented.

Incorporating single-use applicators is one way, also debriding makeup samples by taking the top layer off after use or dipping a lipstick in alcohol and letting it dry.

This is not the first lawsuit against MAC for allegedly causing herpes.

Another woman sued the company in 2013. An attorney for that woman said the lawsuit was resolved on confidential terms.

In both cases, MAC has denied wrongdoing.

An attorney for Hill said just this week her lawsuit has also been dismissed on confidential terms.