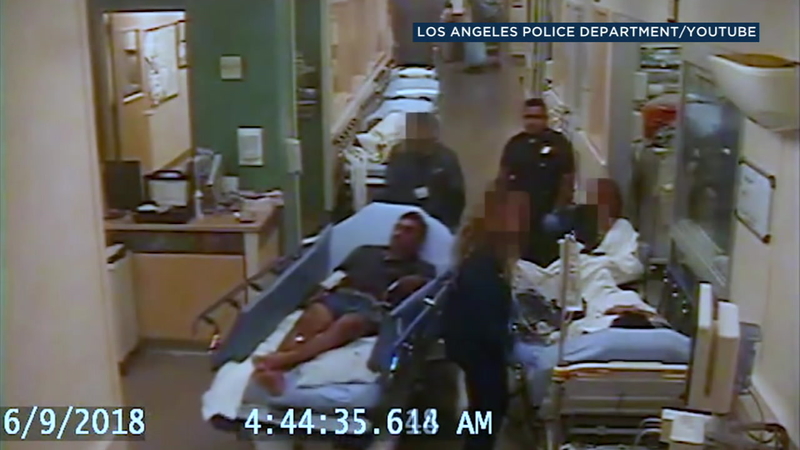 The video doesn't include the actual shooting, but a number of incidents around it. Authorities said they arrested Omar Magana on suspicion of robbery last month.

While in custody, he appeared to suffer a medical emergency and was taken to White Memorial Hospital. His handcuffs were removed so a doctor could examine him.

But police said when officers tried to put them back on, Magana went for an officer's gun and that's when they shot him.

He died from his wounds not long after.