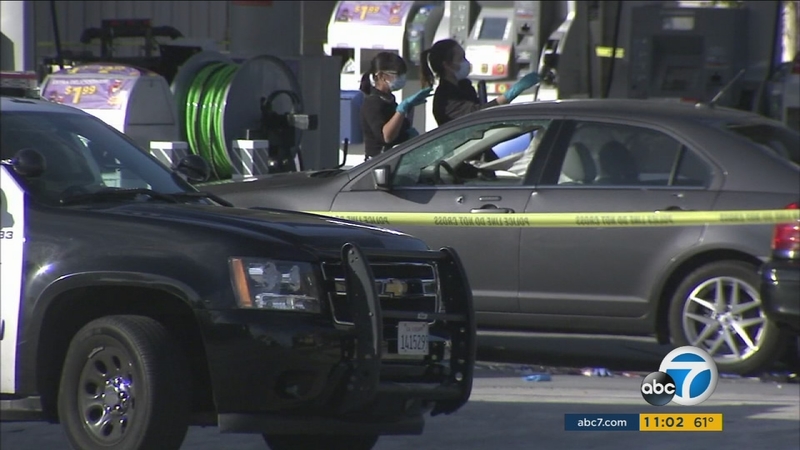 TORRANCE, Calif. (KABC) -- A female suspect died after ramming a police cruiser and being shot by officers in Torrance Monday afternoon, police said.

The officer-involved shooting incident began with a report of a reckless driver believed to be under the influence near Arlington and Post avenues around 2:27 p.m.

Officers found the vehicle driving erratically on the wrong side of the road. It already had damage from a traffic collision and an airbag had deployed.

The driver failed to yield to officers, who stopped it with a PIT maneuver at Cabrillo Avenue and Sepulveda Boulevard, police said.

Video captured by an eyewitness then appears to show the stopped vehicle partially boxed in by police on the street. It then accelerates and rams into a cruiser as officers fire multiple shots into the vehicle.

The female adult driver was wounded in the shooting and was transported to a hospital where she died, police said.

One officer also sustained minor injuries during the incident.

The vehicle was visible at a Chevron station with shattered windows and bullet holes and cornered by two Torrance police cruisers.