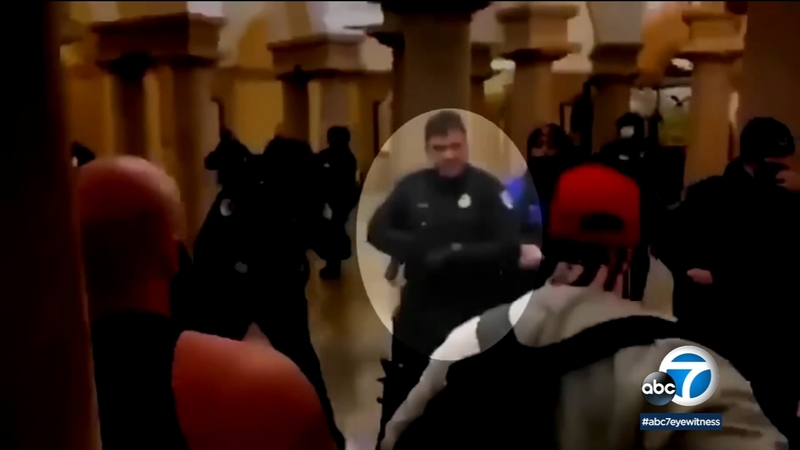 A Coachella man was one of the Capitol Police officers who responded to riots in which supporters of President Trump stormed the Capitol on Wednesday.

Footage from the scene shows Officer Juan Lopez fighting back the mob, his face mask and beanie missing after he was pepper sprayed six times.

Lopez had struggled to hold back the rioters who went through barricades and shattered windows, forcing legislators to evacuate.

Lopez had struggled to hold back the rioters who went through barricades and shattered windows, forcing legislators to evacuate.

"He's what you would call the ideal public servant. I think he really enjoys helping others," said his brother Michael Herrera, who added that Lopez only suffered some bumps and bruises and was fine.

Dr. Ruiz says he had mentored Lopez since he was a senior at Coachella Valley High School, later giving him a job and leading him to Washington D.C.