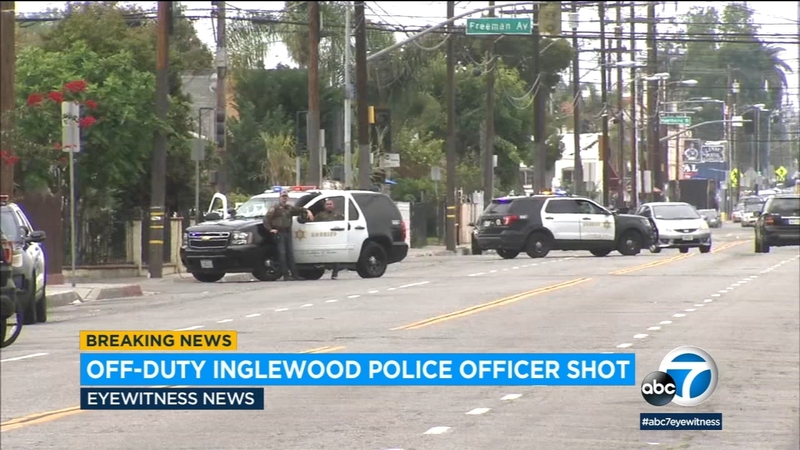 The shooting happened around 10:15 a.m. near 111th Street and Osage Avenue in the Lennox area, according to the Los Angeles County Fire Department.

The off-duty officer was shot in the upper and lower body, the L.A. County Sheriff's Department said in a news release. The officer was transported to Harbor-UCLA Medical Center and is believed to be in stable condition.

"We believe it was a domestic violence situation," LASD Lt. Charles Calderaro said.

Investigators say the victim was there to help a family member in "possibly retrieving property" when he was confronted by the suspect.

LASD said the suspect was armed and fired multiple times before fleeing the scene in a light-colored sedan northbound on Osage Avenue. Further details about what led up to the shooting are unknown.

Additional details regarding the condition of the officer were not available.

Authorities believe the victim was unable to return fire.

A wide perimeter was set up around the area during the search for the outstanding suspect, assisted by L.A. County sheriff's deputies, Gardena and Hawthorne police officers.

Anyone with information regarding this case is urged to contact the police.