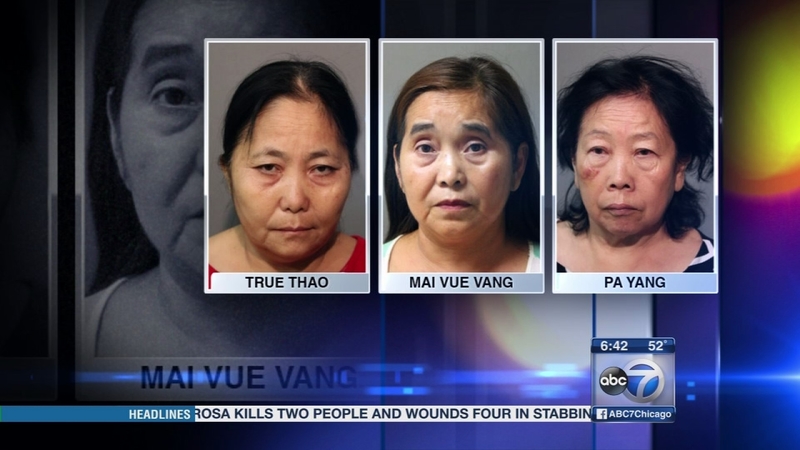 CHICAGO -- Three women were caught at O'Hare International Airport trying to smuggle heroin and opium worth more than $3 million into the United States, Chicago police said.

Pa Yang, 57; Mai Vue Vang, 58; and True Thao, 52, were returning to the U.S. from Vientiane, Laos via Narita, Japan, U.S. Customs and Border Protection officials said. All three woman are U.S. citizens, from Minnesota. Yang and Vang are from St. Paul and Thao is from Brooklyn Center.

They were arrested around 4:20 p.m. Tuesday in Terminal 5 after they got off their flight. Customs agents said they found 470 packets of a "brown powdery substance concealed within bags of tea leaves" in their luggage. The packets tested positive for opium, officials said. Police said other packets contained heroin. In all, agents confiscated nearly 70 pounds of narcotics.

"Even though these would-be smugglers are trying new concealment methods each and every day, I just want to remind them that if they try to get through Chicago, we will catch them," Matthew Davies, Chicago Area Port Director for CBP, said in a statement.

Yang, Vang and Thao are each charged with manufacturing and delivering more than 900 grams of heroin or heroin analogs - a felony.

All three women are due in bond court Wednesday.