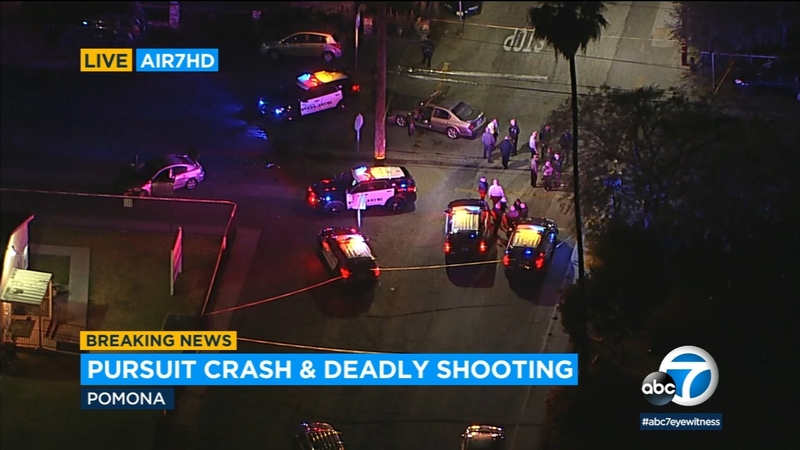 ONTARIO, Calif. (KABC) -- A suspect was shot and killed by Ontario police after a chase ended in a crash in Pomona Friday evening.

Ontario police say officers attempted to make a traffic stop of the suspect near Mission Boulevard and Magnolia Avenue before 8 p.m.

After the suspect failed to yield, police say a chase began and they pursued the driver through Montclair and into Pomona.

The suspect crashed into another driver and then exited the car in the area of Kadota Avenue and Ninth Street. At some point after the suspect left the car, police opened fire.

The suspect died in the shooting.

It's unclear if the suspect died at the scene or during transportation to a hospital.

Further details about the shooting were unavailable.