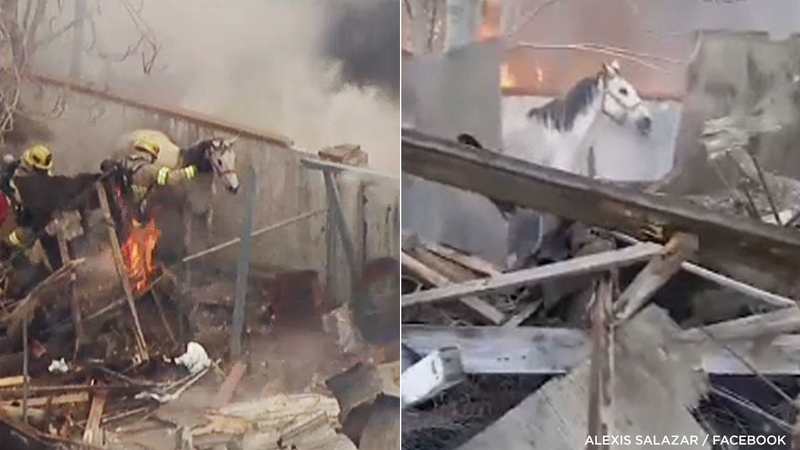 ONTARIO, Calif. (KABC) -- Firefighters came to the rescue of two horses that were trapped in an enclosure surrounded by flaming debris after a house full of fireworks exploded in Ontario.

AIR7 HD was over the scene a short time after the blast Tuesday afternoon. Firefighters were seen trying to corral one horse that appeared to be trapped on a ranch-like property.

The animal was stuck near a retaining wall, a tree and debris. Some of the rubble was still on fire or smoldering.

Several firefighters worked together to create space for the horse, which eventually found a narrow opening to break free.

Another horse was also said to be in danger when the explosion occurred, but it too was rescued to safety.

The massive explosion set multiple structures on fire in the residential neighborhood in the 400 block of West Francis Street. At least two people were killed in the incident.