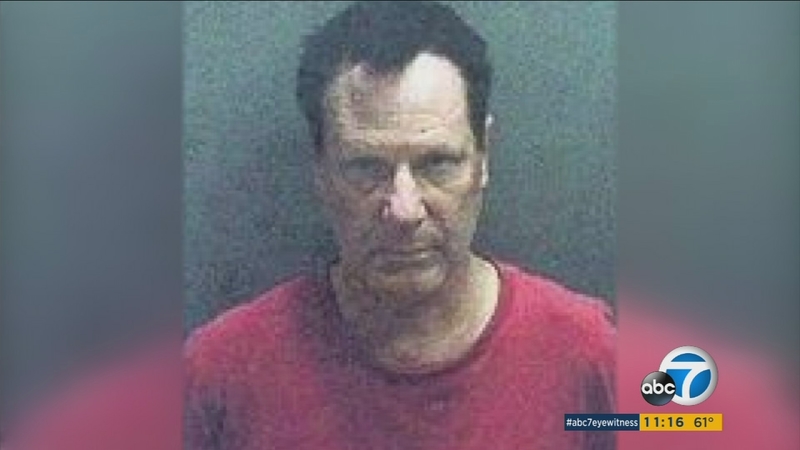 An Orange County business woman has been hit with vicious attacks online, and prosecutors said the man behind it all is a former Orange County attorney and father of her child.

Nevine Carmelle read the online posts as she sat in front of her computer at her Irvine home. In some of the posts, she's called a thief and a "transsexual male prostitute" arrested for "loan fraud."

But Carmelle said none of it is true.

The posts allegedly written by the man she once loved - Steven Sears - is a former Orange County attorney. She said she worked for Sears' accountant in the 1990s. Their relationship turned romantic and they eventually had a son.

She would later learn Sears had eight children with four other women.

Carmelle said the negative online posts started after she left him in 2006. He pleaded guilty to domestic violence after beating her up.

She then won an award for more than $700,000 in child support, which she said he has yet to pay. Sears, who was disbarred in 2010, was forced into bankruptcy court.

"He was a very vengeful person and he did not like being taken to court to support his child. He wanted to get back at whoever was helping her," prosecutor Demetra Lewis said.

Sears was arrested and charged in 2013, accused of identity theft and for falsely impersonating five attorneys named in the criminal complaint as Stanley B. Garry D., Phillip D., Robert F. and Matthew M. as well as Carmelle.

Prosecutors allege Sears acted as a fake client and posted defamatory reviews then replied to the comments pretending to be the actual attorney.

Matthew C. Mullhofer, an Orange County attorney and former employee of Sears, said he became one of Sears' suspected victims after he quit working for him.

"They're all disparaging, smear campaigns against my office," he said.

He and Carmelle, who is a wealth and business strategist, said they tried to have the defamatory comments removed from websites such as ripoffreport.com and pissedconsumer.com.

"I lost people. I lost money. I lost property. I lost a lot," Carmelle said.

Pissed consumer said it "removes reviews from its websites it if receives an order from a court...or a notarized letter from the person who posted it."

Ripoff report said "each situation...is reviewed on a case by case." Ripoffreport.com has a general policy against removing Reports in their entirety.

"This is why we implement different policies where we can redact information that is false and/or proven to be pure harassment, etc," the policy states on their website. "What gets redacted, and how it is handled depends on all of the information and circumstances. We would have to see exactly what the court's conclusions are."

Both websites said users can write a rebuttal to any review, which both Carmelle and Mullhofer have done, but the original posts remain without the court order.

Carmelle said she was hopeful after several computers were seized from Sears' Irvine offices in 2013. Investigators said IP addresses led them to charge Sears, but then he disappeared. He stopped showing up to court after entering a not guilty plea.

A $1 million bench warrant was issued a year ago in an unrelated case. The 60-year-old faces charges of grand theft and elder theft involving 12 victims. He is accused of stealing more than $800,000.

Lewis said Sears had made a name for himself as an asset protection attorney. She suspects Sears convinced one victim to give him $650,000 in IRA money for protection after the victim received a large civil judgement.

In the past, Sears' attorney Jeremy Goldman said he didn't know why he would flee. Sears pleaded not guilty in both cases and believed he would be exonerated of the charges.

But just weeks ago, the prosecutor filed more charges against Sears, including embezzlement, money laundering and grand theft in yet another case involving more than $2 million. Prosecutors believe Sears stole money and personal property of Needham Ventures, LLC, the Michael & Carolina Stirner Family Trust and the estate of Friedrich Schiessl.

Prosecutors believe he may be in Mexico and consider him to be a fugitive. Meanwhile, his alleged victims try to rebuild their reputations.