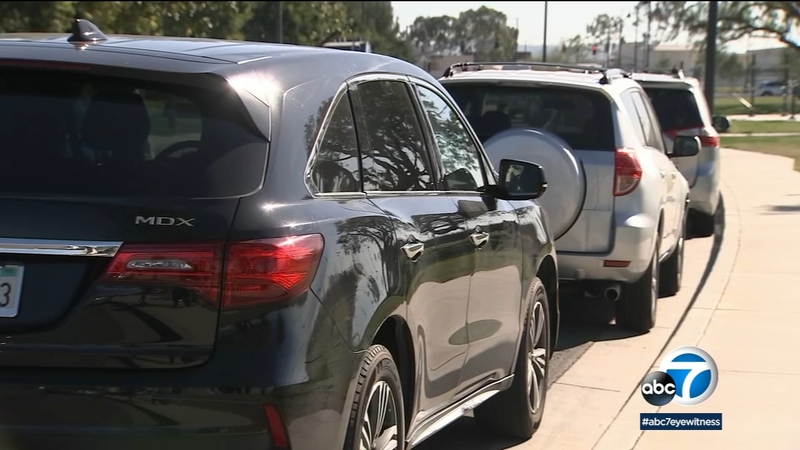 TUSTIN, Calif. (KABC) -- The Orange County Auto Theft Task Force is warning people about an online scam leading to dozens of stolen cars since last summer throughout the county.

Reports of the thefts started last July, according to Sgt. Ryan Anderson of the Orange County Sheriff's Department. "At this time, we have approximately 50 vehicle thefts that have occurred since that time," Anderson said.

Tustin police reported 15 vehicle thefts in their jurisdiction from last September through November. Santa Ana police investigators said they made one arrest in a case last September.

Anderson said these are hard financial times and criminals are looking ways to take advantage of people in need of cash.

"It could be an ad posted on Facebook Marketplace. It could be on Craigslist, any other social media platform," Anderson said. "There's a job or a task that's advertised and it promises somebody, if they complete a task in short amount of time, they can make a substantial amount of money -- upwards of $5,000 just for performing a few hours of work."

A convicted felon was charged Friday with attempting to grab a Brea police officer's gun during an arrest on a warrant that was caught on camera.

In Orange County, the Spanish-speaking community is the main target of this scam. It usually involves transporting something in the victim's vehicle.

The suspects meet their victims in public, telling them they need to take their car to move forward with the job.

"To be loaded with currency, with some other products. The vehicle will be returned in about an hour and the victims give the keys to the suspects, but the vehicle never comes back and the victim is left without a car," Sgt. Anderson said.

Anderson said anyone willing to engage can become a victim, but it appeared these suspects want SUVs, trucks or any vehicle in high demand.

Last week, the Orange County district attorney's office released a statement to warn the public about the scam, noting that any tips or information can be submitted anonymously through Orange County Crime Stoppers.