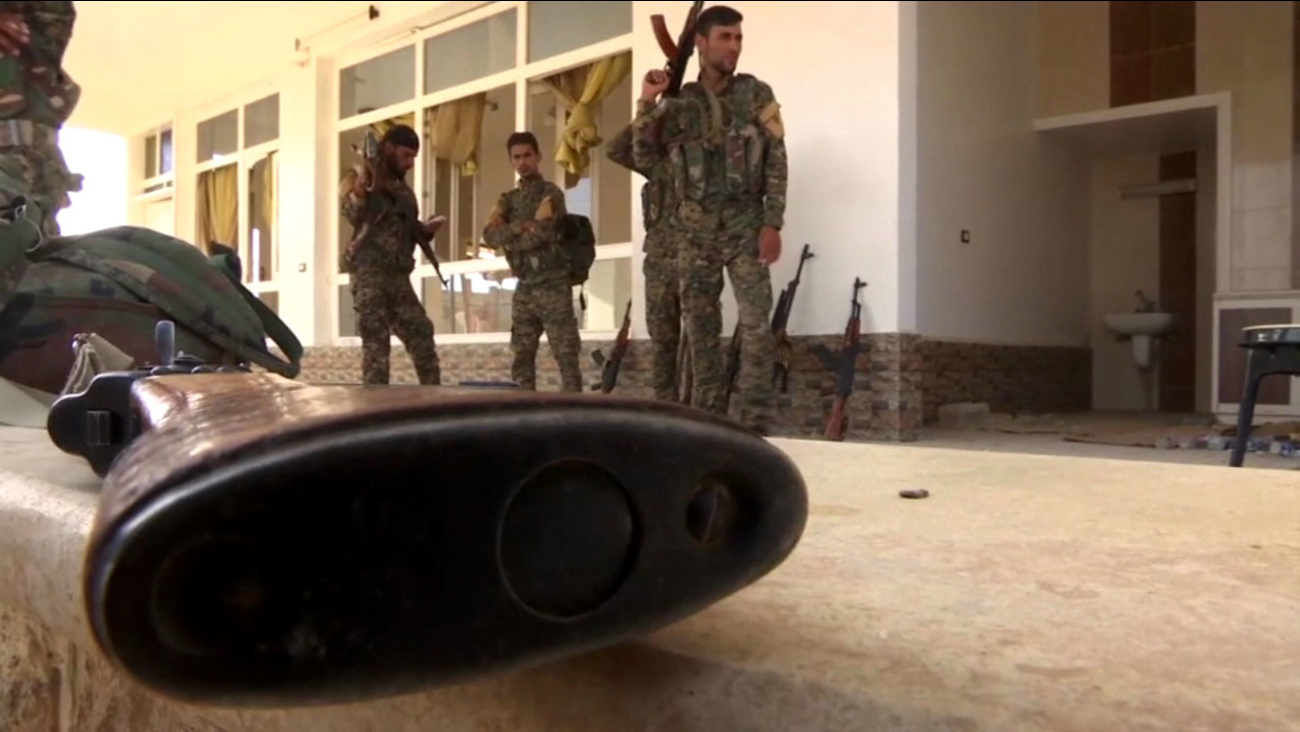 In image of a rifle and Syrian rebels is shown in an undated file photo. (KABC)

SANTA ANA, Calif. (KABC) -- The CEO of an Orange County check cashing business was charged with smuggling rifle parts and other military equipment to Syrian rebels.

Rasheed Al Jijakli, 56, pleaded not guilty on charges of smuggling and violating U.S. laws in federal court in Santa Ana. Jijakli is originally from Syria and is the CEO of Palmyra Corp., which does business in Orange County.

Prosecutors said he conspired with three other people to smuggle dozens of rifle scopes, laser-sights and other tactical equipment to rebel fighters in the war-torn country.

Two of the other people involved, who were not named, are U.S. citizens who originated from Syria. The other person is a Kuwaiti-born Canadian citizen, who is the president of the check cashing business.

According to an indictment, Jijakli and the other three people bought the goods in the states, flew to Turkey and then delivered them to the rebel fighters between January 2012 and March 2013.

If convicted of all charges, Jijakli faces up to 50 years in prison. A trial date is set for Sept. 26.