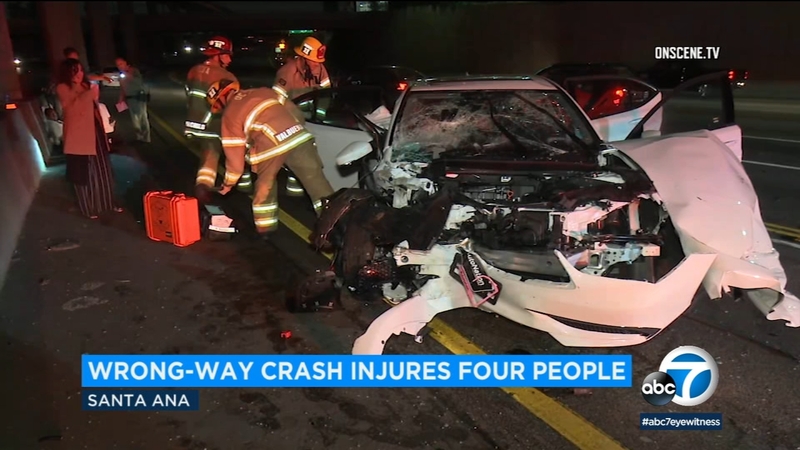 The two-car collision happened about 1:30 a.m. in northbound lanes just south of East First Street, according to the California Highway Patrol.

Four occupants of the white Acura TLX that was hit by the suspect's black vehicle were transported to a hospital with major injuries, the CHP said.