"We're looking for justice for the ordeal that they put myself and my family through for quite a long time," the family said.
KABC
By Jessica De Nova 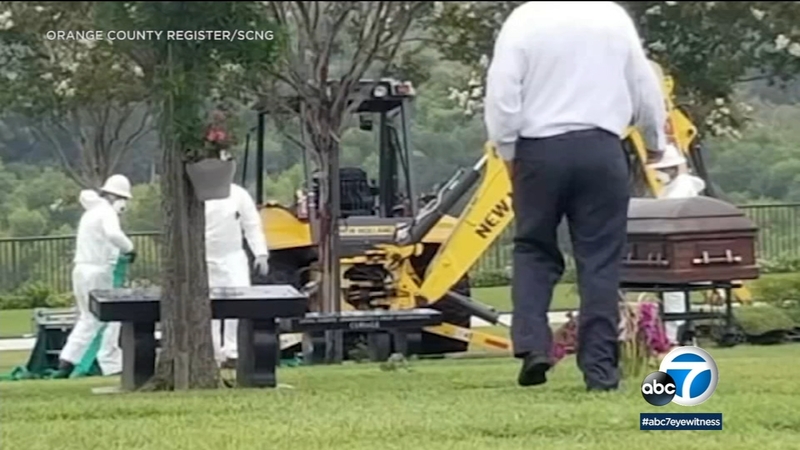 Trial begins in lawsuit against OC over coroner's mix-up

SANTA ANA, Calif. (KABC) -- Jury selection began Wednesday in a trial for a family's lawsuit against Orange County claiming negligence by the coroner's office staff when they incorrectly told them their loved one was deceased.

It's been nearly five years since the family of Frankie Kerrigan of Riverside County suffered the heartache of laying a loved one to rest, only to discover days later, the man they buried in a family plot was someone else.

"We're looking for justice for the ordeal that they put myself and my family through for quite a long time," Frank Kerrigan said.

Their son and brother Frankie Kerrigan's, who is diagnosed with mental illness and was homeless, is alive. He showed up at a pallbearer's house nearly two weeks after the funeral.

"While the family is overjoyed, of course, that Frankie is alive and he's doing OK, struggling with his mental illness, but love him deeply and care for him, they could not understand how the Orange County Coroner's Office could get this so wrong," Desimone said.

The family of a man who was mistakenly told he was dead has filed a $2 million lawsuit against Orange County.

The Orange County Sheriff's Department, which oversees the coroner's office, admitted to the mix-up publicly in July of that same year.

Frankie Kerrigan's family claimed they were lied to when the coroner told them the remains found at a Fountain Valley Verizon store were identified as his using fingerprints and a state ID card.

Frank Kerrigan, who had believed he lost his 57-year-old son, said the incident was devastating.

"It was traumatic for me because I never wanted to see that happen. At whatever age your child is, even though it's an adult, it's the same feeling that you carry through your whole life," the father said.

The body in question was exhumed, cremated and identified to be that of John Dickens, another homeless man with family in Kansas, but Frankie Kerrigan's family feared yet another misidentification. The Kerrigans said the description by firefighters of the body found in Fountain Valley in May 2017 did not match that of the autopsy by the coroner.

"That's what we're here to do, to get accountability for the Orange County Coroner's Office to make sure that this never happens to another family," Desimone said.

The attorneys representing the county declined to comment Wednesday. Opening statements are expected to start next week.