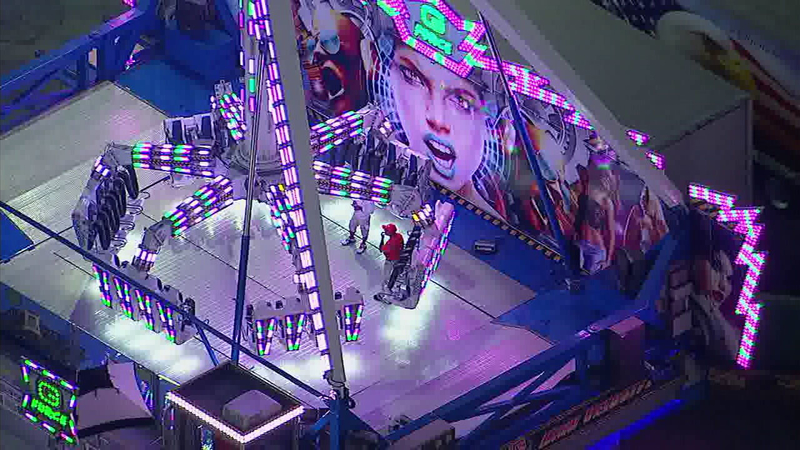 COSTA MESA, Calif. (KABC) -- A ride at the Orange County Fair that is similar to the one in Ohio that was the site of a fatal accident was shut down and reinspected as a precaution, officials said.

There was no indication of a problem with the Orange County ride G Force, but after the Ohio incident, OC Fair officials shut the ride down.

The ride had already been inspected in the morning per the fair's usual protocol, but the second inspection was being performed as a precaution.

"They took a look at it and they determined that the safest thing to do -- acting out of an abundance of caution -- would be to leave the ride closed overnight and inspect it once the fair is closed," said Terry Moore, spokeswoman for the OC Fair.

A sign in front of the ride told fairgoers: "For your safety this ride is undergoing maintenance."

The Orange County Fair otherwise appeared to be operating normally.

In Ohio, a ride called the Fire Ball malfunctioned and broke apart on the opening day of the state fair, killing at least one person and injuring seven others.