More than $215,000 raised to help firefighters injured in Silverado Fire 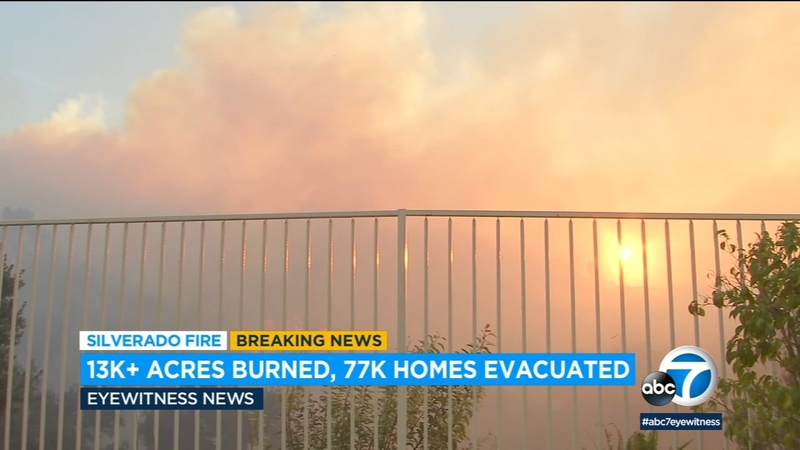 IRVINE, Calif. (KABC) -- A GoFundMe account quickly raised more than $215,000 to help the firefighters who were critically injured while battling the Silverado Fire near Irvine.

The firefighters have 65% and 50% burns on their bodies, respectively, both second- and third-degree burns. Both were being treated at the Orange County Global Medical Center and were intubated in the ICU.

To donate, you can visit www.gofundme.com/f/orange-county-ca-firefighters.

The Silverado Fire erupted at 6:47 a.m. Monday in the area of Santiago Canyon and Silverado Canyon roads in the Santa Ana Mountains.

Wednesday, thousands of Irvine residents were returning home as firefighters worked to contain the blaze. It was unclear how many residents remained evacuated.