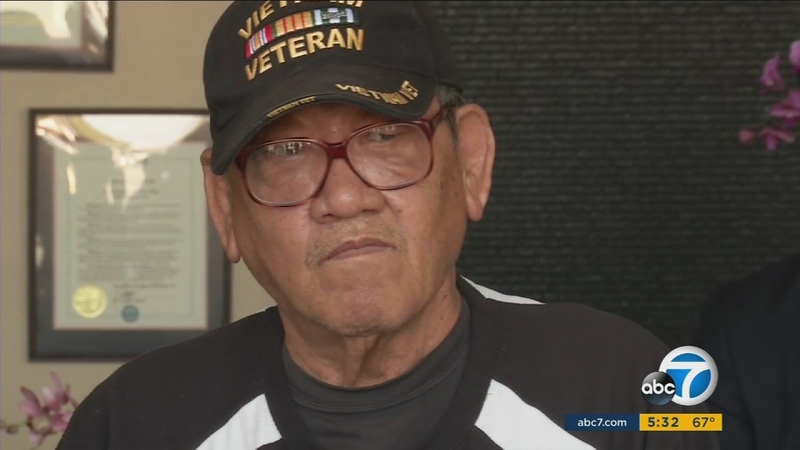 FOUNTAIN VALLEY, Calif. (KABC) -- A cab driver who was kidnapped by three jail escapees said he plans to sue Orange County after he was denied part of the reward offered for the inmates' return.

Long Ma and his attorney claim that he was denied part of the $150,000 reward in part because of discrimination against Vietnamese-Americans. They have already filed a $2 million claim against the county.

Ma was kidnapped on Jan. 22 shortly after the jail escape and held at gunpoint for seven days, as he drove the escapees around Southern California and up to San Jose. During the ordeal, he said, the men threatened him and argued among themselves over whether to kill him.

Eventually one of the inmates decided to turn himself in and had Ma drive him back to Santa Ana. The other two were spotted in San Francisco by a homeless man and arrested.

The Orange County Board of Supervisors in March voted to divide the money among four people: two employees at a Target in Rosemead who called police after spotting the inmates, a man who gave police details about his van that was stolen by the inmates and a homeless man who spotted two of the inmates with that van in San Francisco.

Ma said he was shocked that he was left out of that vote.

"I believe it was so unfair. And I felt discriminated against," Ma said.

The board has said the county does not have the legal authority to give money to Ma because legal code states a government agency is not liable for injuries caused by an escaped prisoner.

The lawsuit also takes aim at that code.

"What if it happened again?" asked Hoang Tu, Ma's attorney. "Who is protected? Now that we know about it, we should change it."