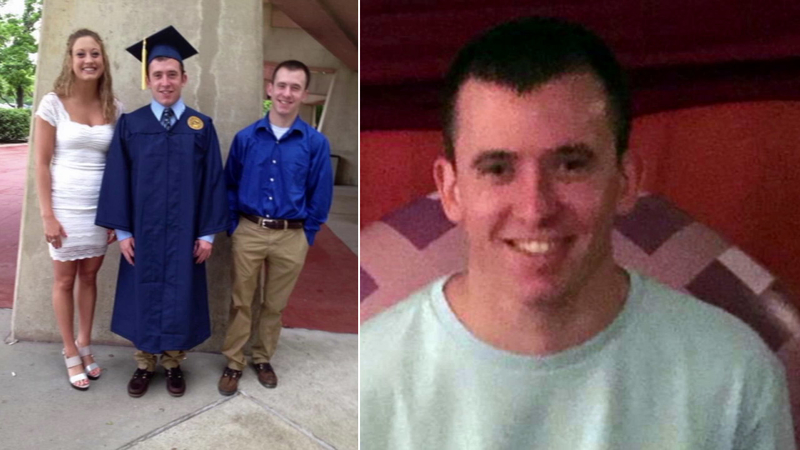 "It's suspicious. I don't think it's usual for somebody to, essentially, fall off the face of the earth," OCSD Lt. Jeff Hallock said.

The 22 year old, who is a landscape architect, graduated from the University of West Virginia last May.

Stevens just moved to San Clemente a few months ago to start a new job. His close-knit family has traveled to the Southland from New York, desperate to find him.

"It's extremely stressful. It's a way out of character, something has definitely happened to Nick," his father, Terry, said as he stood in the search area near Avendia Pico and N. El Camino Real.

His father added that he spoke with his son just hours before he disappeared on Nov. 6.

"As far as we know the 7-Eleven was the last place he ended up," his father said.

Authorities said surveillance video shows Stevens going into the 7-Eleven then leaving and walking eastbound, heading up Avenido Pico, which is in the direction of his apartment that is two miles away.

But he never made it home.

"No activity on his bank accounts, nothing on his cellphone, no social media," Hallock said. "His vehicle doesn't appear to have been moved."

His father said Stevens is a social drinker, doesn't do drugs and didn't know anyone in San Clemente. He would spend most weekends watching football and hanging out at his apartment.

He added that his son has an identical twin brother and a sister. He and his wife had just booked Steven's flight home for Christmas, which he said his son was looking forward to.

"We really just want our son home," he pleaded.

Stevens is described as 5 feet 4 inches tall, 120 pounds, and he was last seen wearing a black hoodie, blue jeans, and brown and white Vans style shoes.