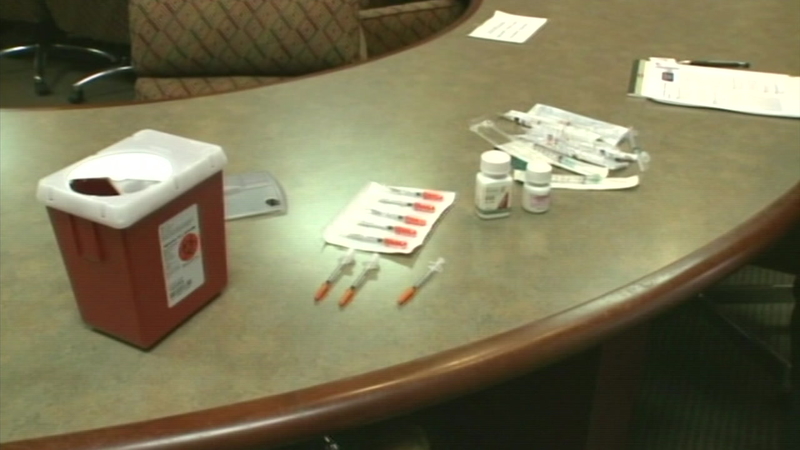 The program plans to distribute new needles in an effort to stop the spread of HIV and hepatitis C among drug users.

It is scheduled to run during designated time blocks of three to four hours for two days a week, starting in Anaheim next Monday.

However, Orange County Board of Supervisors Chair Andrew Do voiced displeasure with the state's decision to allow the program amid opposition from the cities involved.

"The potential harm to the public is extremely grave," Do said.

Do is planning to ask the Board of Supervisors for approval to file a lawsuit stopping the program from starting next Monday.

"Used needles were being discarded all over the city," Do recalled.