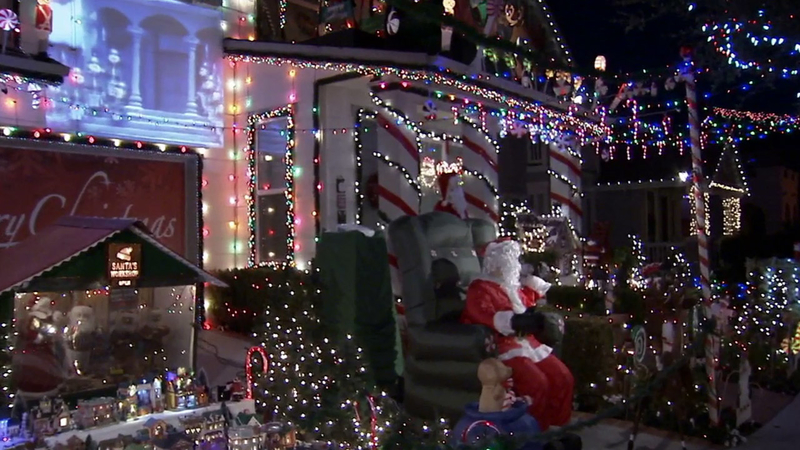 LADERA RANCH, Calif. (KABC) -- Tony Relvas has won his Ladera Ranch neighborhood's holiday decoration contest eight times. He hoped to do it again this year, but a county ordinance may dim that possibility.

"In this neighborhood, it's great because everyone gets involved and then we usually have a couple hundred people coming by to look at it," Relvas said.

Orange County Public Works says five anonymous calls tipped them off to 21 homes that were in violation of an ordinance requiring permits to hang up lights on public property. Some lights hung on trees across the street from each other, which may impede emergency crews trying to get through.

The permits are expensive: $583 for an application fee, $1,000 refundable surety bond and proof of liability insurance for $1 million dollars.

Relvas doesn't have a permit and was cited last week. If he doesn't take down his lights by 10 a.m. Wednesday, he could be fined as much as $500.

"We understand it's very important to hang holiday displays, we get it," Shannon Widor, a spokeswoman for Orange County Public Works. "We just want people to do it safely."

Relvas said he's all for safety.

"Come out and do a safety check, but don't have an ordinance that makes it cost prohibitive for residents to decorate their neighborhoods," Relvas said.

Relvas said he plans to comply with the county and take down his lights before the deadline.